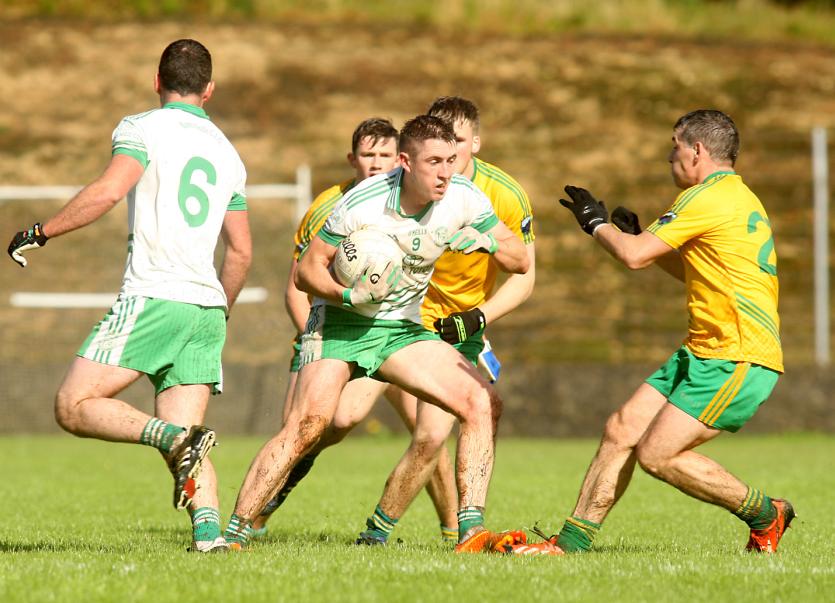 Stephen Griffin in action against Naomh Columba on Sunday last

St. Naul's are seriously hampered before tonight's Intermediate quarter-final replay against Naomh Columba in Ardara.
Sharpshooter Stephen Griffin is in Tenerife on a pre-booked holiday and will be a huge loss to the Mountcharles-based side.
He was midfield on Sunday last when St. Naul's came from seven points down early in the second half to force a draw with the Glen men.
He has been their main scoregetter for quite a number of years and hit 0-6 of their 3-9 to 1-15 draw.
St. Naul's were very unhappy at the replay being fixed for midweek.