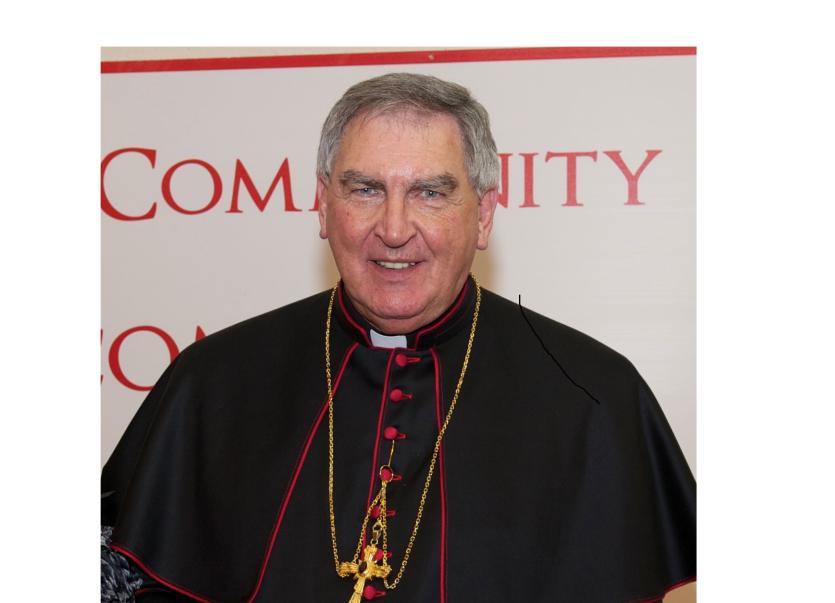 A Donegal native has today stepped down from his role as Bishop of Clogher.

Bishop Liam MacDaid, who is from West End, Bundoran, announced today that Pope Francis had accepted his request to retire on ground of ill-health.

The 71-year-old cleric has written a pastoral letter which will be read at masses this weekend and which will be published, in full, on the Donegal Democrat website this evening. In the letter, he discusses his medical condition and reflects on diocesan life.

Bishop MacDaid is known for his keen interest in Gaelic games, having played with the then St Joseph's Gaelic Athletic Association club in his native Magh Éne parish. He also featured on Donegal teams in the early 1970s.

He studied at St Macartan's College in Monaghan and St Patrick's College, Maynooth, and was ordained on June 15th,1969.

Following his ordination, he received a Diploma in Higher Education and began teaching at St Macartan's College. He served as President of the College from 1981-1989.

He was chairman of the Council of Priests of Clogher Diocese from 1989 until 1996.

In 1993, after three years serving as a priest in the parish of Fivemiletown-Brookeborough, Co. Fermanagh, he was appointed as Diocesan Secretary and Chancellor of the Diocese, with additional pastoral responsibility for the parish of Tyholland, County Monaghan.

On February 27th, 2002 he was appointed Chaplain of His Holiness by Pope John Paul II.

On May 6th, 2010, the then Fr MacDaid was appointed as the Bishop-elect of Clogher, replacing Joseph Duffy, who was retiring. Fr MacDaid was ordained Bishop on July 25th, 2010 in St Macartan's Cathedral, Monaghan.

With Bishop MacDaid's retirement, the Diocesan Chapter of the College of Consultors is now responsible for the governance of the diocese. The group will meet in the coming days to elect a Diocesan Administrator who will lead the diocese, with limited powers, until a new bishop is appointed by Pope Francis.