Watson's double up to re-open

Store will be up and running on Friday 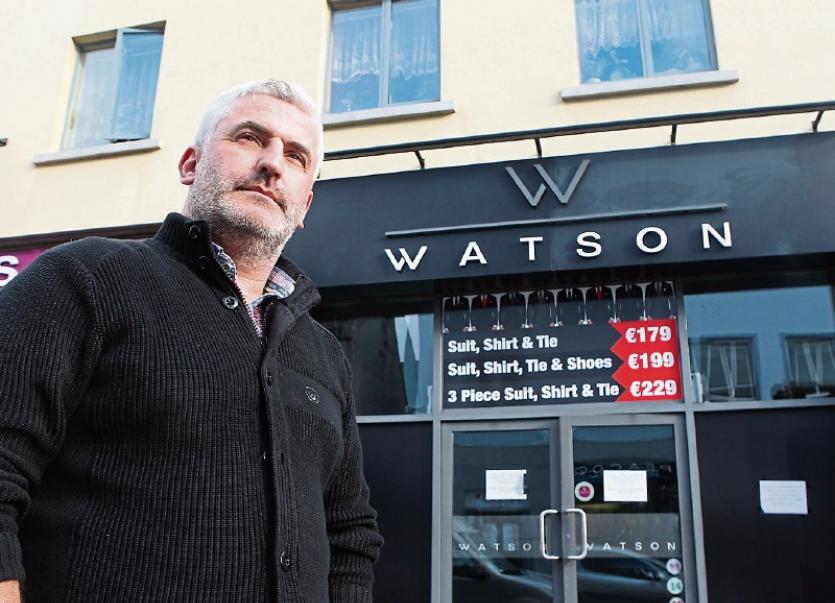 Where there is a will there’s a way and one Letterkenny shop owner is proving this by improvising between two locations to get his business, that was badly damaged in a fire, reopened in time for the Halloween weekend.

Watson’s Menswear, which is normally based on the upper main street is now also going to have an outlet opened on the lower main street, after engineers told them they cannot fully use all the shop space in their main location.

Owner, Leonard Watson, and his team have been working around the clock to rebuild the business after all their stock was destroyed by smoke from a fire in an underground car park at the rear of the store on September 29. They have had to move to “plan B” after engineers ruled only part of the shop could be used in the short term.

The Watson’s Menswear team are busy preparing two locations, one to be opened yesterday at the old Michael Gallagher store on the lower main street near Market Square, and their original store just up the street will be ready for tomorrow (Friday).

Leonard explains: We are only able to use half the shop up there and it is just going to be casual wear. We’ll have all our formal wear and heavy coats and other casual wear here as well with a bigger selection. We’ll have to operate between the two premises as all the Christmas stock is in. I was told last week that I could only use that amount (of floor space) of the store so I had to go to plan b.”

He said the closure of part of his shop in the upper main street related to delays in determining what will be done to the carpark, which was the epicentre of the fire back on September 29.

“This is plan B. We’ll know better next week when the engineers come back next week with their reports. That’s where we’re at,” he added.

It is understood that his neighbouring business, which was also seriously smoke damaged in the incident, O’Heir’s Bakery, may also be in a position to partially open next week.