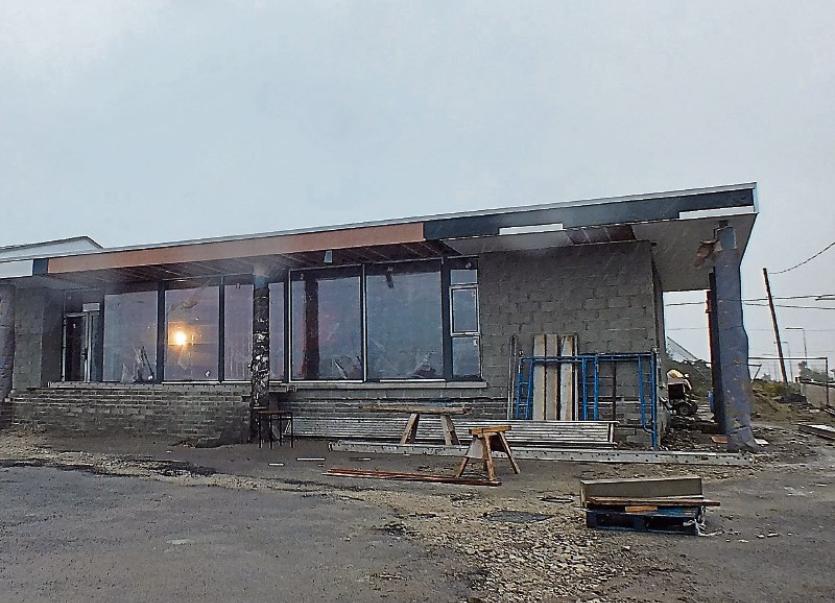 The committee behind Amharclann Ghaoth Dobhair wants to open the storied theatre early next year, following major refurbishment and expansion.

The project will see an additional storey on the Gaeltacht theatre and a new and expanded foyer with space for a small cafe and tourist information centre.

Pól Mac Cumhaill, chairperson of the amharclann committee and a member of Aisteoirí Ghaoth Dobhair, said they hope the theatre will open in January or February of 2017. The theatre has been closed since 2007.

The refurbished theatre will have a completely new heating system and plumbing system and new restrooms. A second storey will raise the height of the stage for lighting and other accessories.

Seating capacity will be about 300, including bays for wheelchair access. The original seating has been restored as new, Pól said, calling the seating, “quality you could not buy”.

He said, “We wanted to keep the auditorium just as it was, but in a totally modern setting.”

The award-winning Irish-language theatre company Aisteoirí Ghaoth Dobhair was formed in 1932, and the amharclann became their home when actress Siobhan McKenna opened the theatre in 1961.

Pól said they hope the refurbished theatre will be used year-round.

“It has to be run as a business,” he said. “It has to be able to stand on its own two feet.” The committee are working on an agreement with Comharchumann Forbartha Ghaoth Dobhair to see the comharchumann take over management and programming for the theatre.

“Because we would be seen to have a management structure in place, it seems a good fit, but it’s certainly a big challenge for us with the resources available,” Cathal Ó Gallchóir, manager of the comharchumann, said.

He said, “It’s a challenge, but it’s exciting times.”

The comharchumann, based in An Crannóg, Derrybeg, runs the Gaoth Dobhair Winter School for trad music. Cathal said An Crannóg’s focus on Irish music, drama and storytelling, “dovetails nicely” with the aims of the amharclann: “The main ambition is to have as regular a programme as possible.”

Pól said the Irish language will always be central to the theatre, and added, “that doesn’t mean we are going to close it down to a German play or a French play”.

”We have to run it as a business, really, so it has to be multifunctional,” he said.

The total project cost is more than €800,000. Funding has come from Leader, Donegal County Council and FIontar na Cuinge, and included €485,000 from the Department of the Gaeltacht. Pól said the committee was grateful to former Minister of State for the Gaeltacht, Joe McHugh.

The committee continue to raise money for the work. For example, individuals or groups can sponsor a seat in the theatre for €120, with sponsors’ names appearing in the foyer. Pól said more than half of the seats are already sponsored, but there are still seats available for sponsorship.