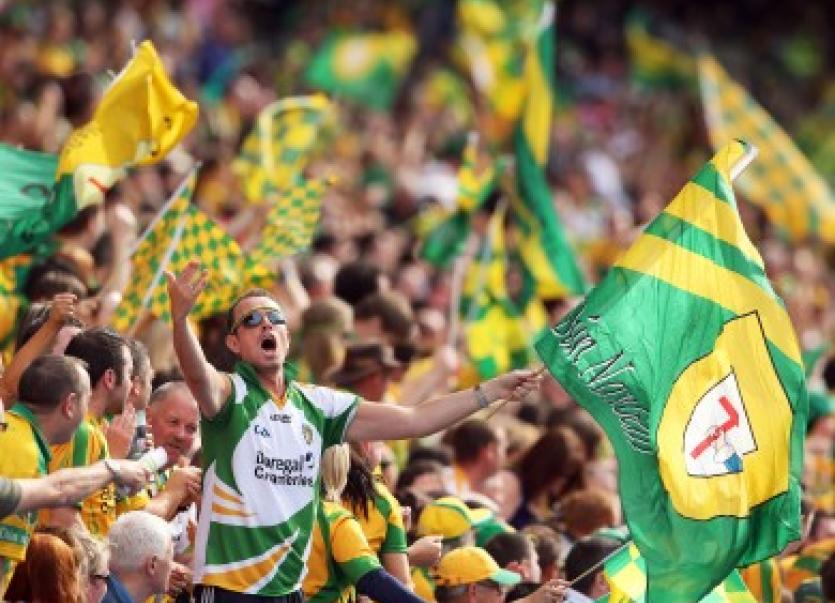 At the end of a week which has seen three more of Donegal's All-Ireland winners from 2012 call time on their inter-county careers, the father of one of the trio has called for all retired 2012 players to be honoured with a testimonial.
Tony Walsh, father of David Walsh, who was one of three long-serving senior players whose retirement was officially confirmed on Tuesday, told the Democrat that a testimonial would be a fitting tribute to all members of the 2012 All-Ireland winning team who have retired.
At a press briefing on Tuesday, Donegal manager, Rory Gallagher announced that David Walsh, Rory Kavanagh and Christy Toye were retiring.
The way things stand, the announcement means that ten of the players used in the 2012 All-Ireland final, will not be involved in the 2017 campaign.
The ten are Paul Durcan, Eamon McGee, Anthony Thompson, Rory Kavanagh, Ryan Bradley, Leo McLoone, Colm McFadden, Christy Toye, David Walsh and Dermot Molloy.
Added to this list of players not available in 2017 is Odhran MacNiallais, who has taken a year out from the inter-county scene. Anthony Thompson's future is somewhat in doubt, but he may return to the fold for the Donegal's championship opener against Antrim in Ballybofey.

See Thursday's Donegal Democrat for further coverage of this story in news and sport.