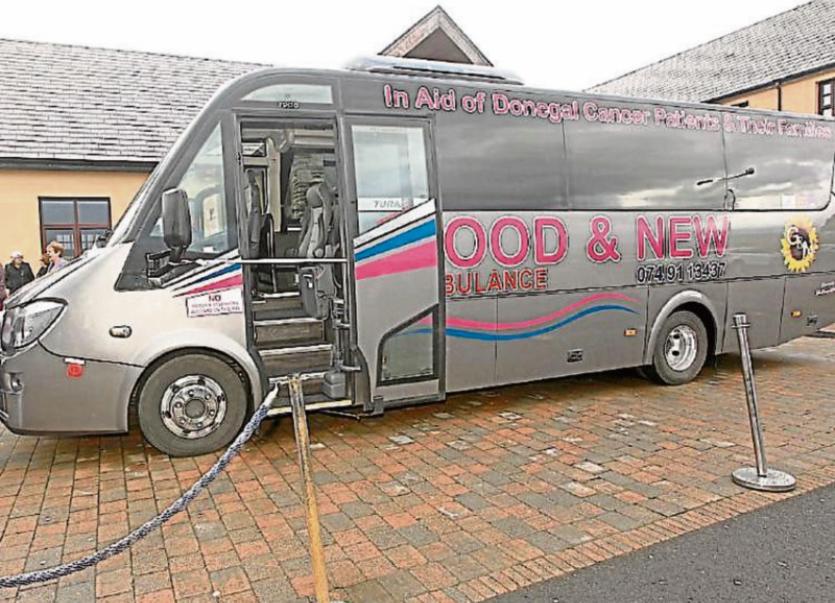 The new Good and New cancer bus, at its launch in Letterkenny last year

Donegal cancer patients who travel to University Hospital Galway for radiotherapy – and the journey they must take to get there – are the subject of a new documentary to be broadcast this week on TG4.

“It takes the pressure off everybody, your family and everything,” Nuala Boyle said. “It’s a big asset for the Donegal people to have this bus.”

”Turasna hAilse – The Cancer Journey”, by Galway-based Hawkeye Films and Phantom Limb Productions, will be on TG4 at 8.30pm on Wednesday, April 19th.

While in Galway, they stay in Inis Aoibhinn, a home-from-home environment supported by Cancer Care West. The two charity-supported services make a world of difference for Donegal cancer patients who have to make the difficult journey.

The film speaks with Tréasa Ní Ghallachóir, originally from An Bhealtaine, Gort an Choirce, who now lives in Glasserchoo. After being diagnosed with cancer, Tréasa travelled to Galway on Bus Feda on Monday and returned on the Good and New bus on Friday for the four weeks of her treatment.

Film-makers also speak with James McConn, a farmer from Three Trees, Quigley’s Point, who travelled to Galway for radiotherapy.

That meant James had to wake at 4am on Monday and make his way to Letterkenny for the Good and New bus to Galway, returning Fridays on the same bus. He did this for seven weeks.

The project depicts the reality of life and treatment for cancer patients in the north west.

“It’s such a whirlwind,” Ann McLoughlin said. “If you knew what was ahead you’d run a mile if you could, but you just get through it.”