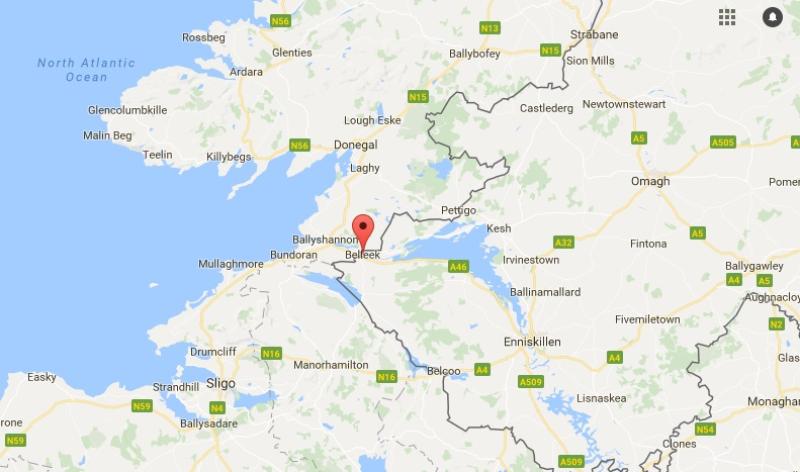 Some roads in and out of the Fermanagh/Donegal border village of Belleek were sealed off for two hours following a security alert in the village earlier today.
The alert followed the discovery of a suspicious object at the old PSNI Station at Cliff Road shortly after lunchtime.
It is understood that a beer barrel was spotted through the open gateway of the station that has not been occupied since the 1990s.
Beer barrels were frequently used as explosive devices in the past.
The area around the station was swiftly sealed off as the PSNI and gardai sealed off some roads into the village.
A helicopter also joined in the operation for a period.
And plans were made to get valuable equipment out of the Fire Brigade Station that is located within yards of the former station.
There was major disruption to traffic in the village for almost two hours.
But it is believed that the device was not dangerous
Local SDLP councillor John Coyle, who is also Chairman of the Police and Community Safety Partnership said he had contacted the PSNI on the matter.
“They were in the area around the old station and noticed that the gate was open and saw what they believed to be a suspicious object.
“Police can never take chances and it shows they working for the community and were taking no chances.
“People can talk about hoaxes but you must be sure about these things as our past history shows.
“And events like these should not need to be happening but it shows that we have a police force that is looking out for us”.