Mr. Naughton of Laghey, manager of the Clanree Hotel in Letterkenny and manager of the Donegal ladies football team, vowed to work tirelessly for the area. 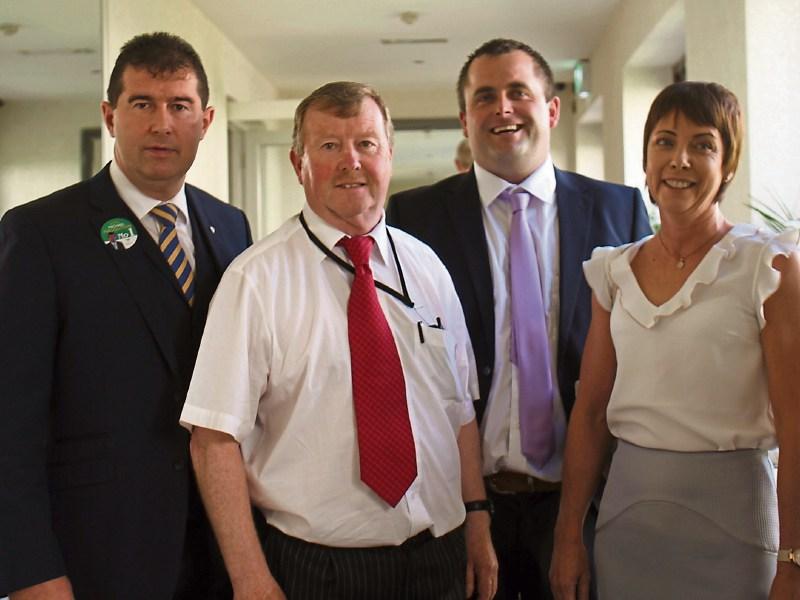 Micheál Naughton, selected last night to take the seat left vacant by the death of former councillor Sean McEniff, was already looking ahead to the next local election in his remarks to the convention.

Addressing the audience after his selection was announced, Mr. Naughton told Fianna Fáil delegates last night that the party could return two or three candidates in the Donegal Municipal District in the 2019 election.

“And I will work and leave no stone unturned to make sure I deliver that for you, the members of this great party of ours,” he told the audience at the Mill Park Hotel in Donegal town.

In their remarks at the convention the other candidates, former Bundoran town councillor Elizabeth McIntyre, daughter of the late councillor, Sean McEniff; former Ballyshannon town councillor, Billy Grimes; and Roger Meehan from Dunkineely, who has been active in the party for many years, also suggested they will be contesting the next local election.

Mr. Naughton of Laghey, manager of the Clanree Hotel in Letterkenny and manager of the Donegal ladies football team, vowed to work tirelessly for the area.

He said it was “a pleasure for me to get around to so many doorsteps and meet the real grassroots of our association, as I would call them the foot soldiers of our association”, and said he would continue to work closely with local party cumanns and the people on the ground, to help them solve local issues.

In her remarks, Ms. McIntyre said it was “a little bit disappointing tonight, but as I said to the other candidates and the people on doorsteps, come Monday morning whatever the result we’re all Fianna Fáil. We have to get up and we have to get on with it tomorrow morning.

“Certainly I’m disappointed, but the delegates have spoken,” she said. “That’s what parties are all about. You have to have that choice.”

The former Bundoran town councillor said she had been encouraged and supported to run for the seat, adding, “On this occasion it hasn’t been successful, but I will say watch this space. I probably won’t be disappearing anywhere too quick.”

She added later, “On this occasion we’ve been unsuccessful, but we will be back.”

He rejected the suggestion that a convention could split the party, saying, “it consolidated the party, it brought the party together”.

There is interest and enthusiasm for the party, Mr. Grimes said. However, he said with registration of more than 700 and about 213 members paid-up, “there is a task for us”.

He thanked the other candidates, his team of supporters and delegates, saying, “Maybe before very long I’ll be meeting you all again.”

He said he was “not gone yet”, and told delegates, “Hopefully in 2019 my name will rise again on a ballot paper for Fianna Fáil in south-west Donegal”.

Mr. Meehan extended his sympathies to the McEniff family and all the candidates and other speakers paid tribute to the late councillor, Sean McEniff, who passed away in April.

The convention began with a minute of silence for the late councillor,

The count took place in a separate room in front of representatives of each candidate, while Charlie McConalogue, TD, Pat “the Cope” Gallagher, TD and leas-cheann comhairle, and meeting's independent chair, Timmy Dooley, Fianna Fáil TD and party spokesperson on Communications, Environment and Natural Resources, addressed the convention.