Donegal boy in far-reaching US study

Researchers hope study will provide a key to treatment of cancer, dementia and neurodevelopmental disorders. 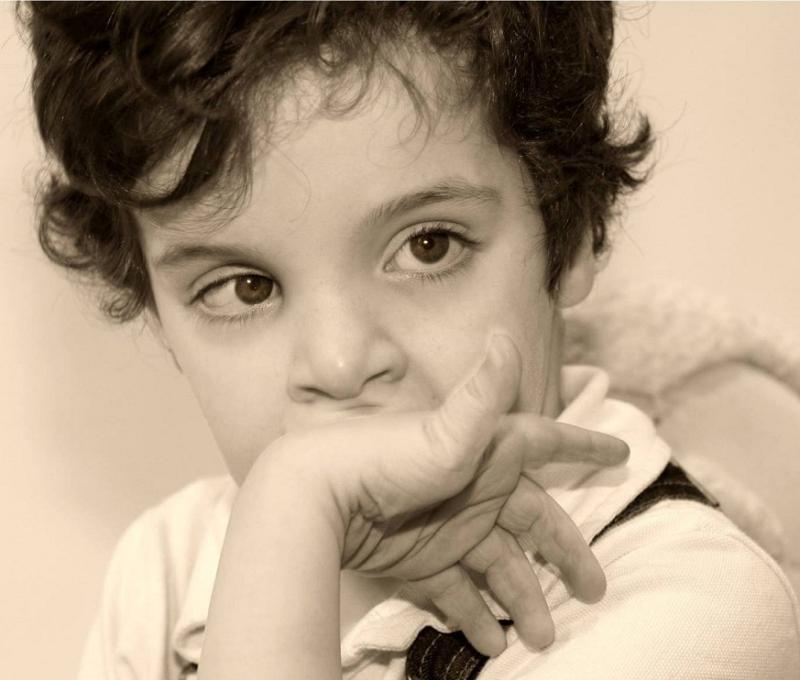 A Donegal boy has been found to have a very rare gene mutation that researchers hope will provide a key to treatment of cancer, dementia and neurodevelopmental disorders, including autism and intellectual disabilities.

Eight-year-old Francis Grant, son of Gina and Eddie Grant of Letterkenny, is among about 20 children from around the world travelling to Washington, DC, this week for a three-day conference that will allow leading geneticists and researchers to continue their studies of the recently discovered mutation.

The gene, PPP2R5D, is involved with cellular growth and development throughout the body, especially brain and neurodevelopment.

“When you read and get into it you do get excited about what could possibly happen and the outcomes that could come out of this,” Gina Grant said.

Jordan’s Guardian Angels, the California-based foundation established by Joe and Cynthia Lang, is leading the large-scale research project to learn all the impacts of the mutation and to seek treatment or solutions to reverse the effect.

“This wouldn't have come about without Joseph and Cynthia Lang,” Gina said. Jordan’s Guardian Angels is also bringing the children and their families to Washington for the conference.

The gene mutations were only identified about four years ago. Francis is one of 28 children known in the world to have been diagnosed with mutations in PPP2R5D, who are living with a significant brain disorder, intellectual disability, autism and other physical symptoms. A newly discovered mutation in the gene has been linked to intellectual disabilities, autism, Alzheimer’s Disease and cancer.

This work will take time. The scientists’ initial estimate is that it will take six to 10 years to complete their studies and an additional three to five years to identify a compound that could be tested in human clinical trials.

“It is exciting to think about what they’re going to find out and what’s going to develop,” Gina said. “And it's all going to start from this.”

Francis himself was only diagnosed to have the gene mutation last December. The news was life-changing for Gina, Eddie and their family.

Before that discovery, Gina and Eddie had been told their son had genetic mitochondrial disease; Francis had been diagnosed with the condition a few months short of his third birthday.

Mitochondrial disease affects the mitochondria of the cell, which create cellular energy and are needed to sustain life and support growth. There is no cure for the progressive disease, which can cause debilitating physical, developmental and cognitive disabilities.

Gina will be familiar to many people around Donegal and farther through her role as a spokesperson for Our Children’s Voice, a group of Donegal parents advocating for medical services for children with life-limiting conditions and complex medical needs. She is the chairperson of the Donegal Education and Training Board.

About three years ago, Gina learned about the Deciphering Developmental Disorders Study, a UK study to advance clinical genetic practice for children with developmental disorders that was accepting up to 200 applicants from Ireland.

Gina asked through Francis’ geneticist if her son could get into the study, and DNA was taken from Francis, Gina and Eddie in Ireland for the research. Francis was found to have a mutation identified as E198K on gene PPP2R5D.

The gene is linked to motor skills and the brain’s connections to motor pathways. In layman’s terms, mutation 198 causes that gene to send messages that may not be understood by the body. What this discovery also showed was that the breakdown in Francis’ mitochondria was not genetic in origin.

“It was a complete and total shock, to be truthful, but it was a relief,” Gina said. Gina and Eddie have six children and two grandchildren, and this discovery meant they no longer had to worry about their own children passing on the gene for mitochondrial disease. 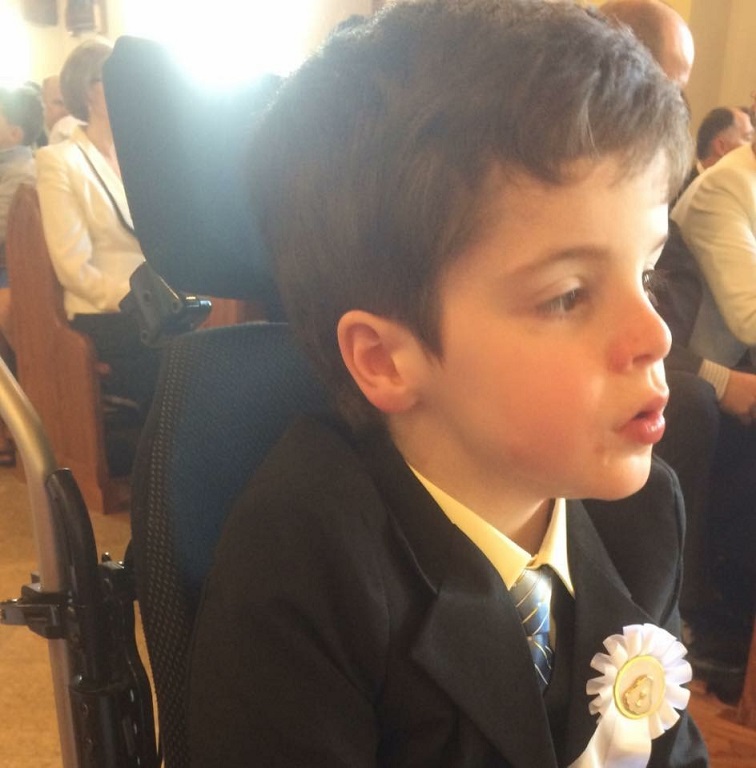 “They said that given Francis’ level of disability, he won’t be able to handle life as strongly as everyone else,” Gina said. At the same time, she said, “They don’t know if his life is limited or not, but they don’t think so.”

“So we’re back just wondering, taking every day at a time – that’s why this research is very important,” she said.

They had joined a private Facebook group, PPP2R5D families, and this new research was born from this online group, with Joseph Lang in the lead.

The conference begins on August 3rd, and will be attended by doctors, neurologists, specialists in genetic autism and other researchers. There will be “ask the experts” panels, one-on-one sessions for families and doctors, and a number of other discussions, as well as extensive assessments of the children and collection of bloods for complex testing.

The research is being led by experts from Columbia University Medical School in New York City, with leading geneticists and researchers from around the United States and abroad.

“I am nervous and excited at the same time,” Gina said. “But I’m definitely nervous.”

Gina also said she does not believe Francis will remain the only child in Ireland diagnosed with this particular gene mutation for long, now that the discovery has been made.

“There will be children coming with symptoms who will be tested for this, and hopefully it will stop any damage before it gets to this stage. That’s going to be a huge benefit,” she said.

The young people coming to Washington for the conference and their contributions to the research will form the basis of this ground-breaking study.

“Everything that comes after this will all be through Francis and his new friends now,” Gina said.

These children and their families live with conditions that would be considered “orphan diseases”, diseases the pharmaceutical industry has not taken up because there is little financial incentive for the private sector to take on the work required. Gina said the work would not have come about without the Langs. The Jordan’s Guardian Angels foundation is named for their daughter, Jordan, who has the same gene mutation that Francis has.

“Whatever comes of this, it’s Jordan and her family who have initiated this,” Gina said.

Without them, she said, “The rest of us would still be talking online.” 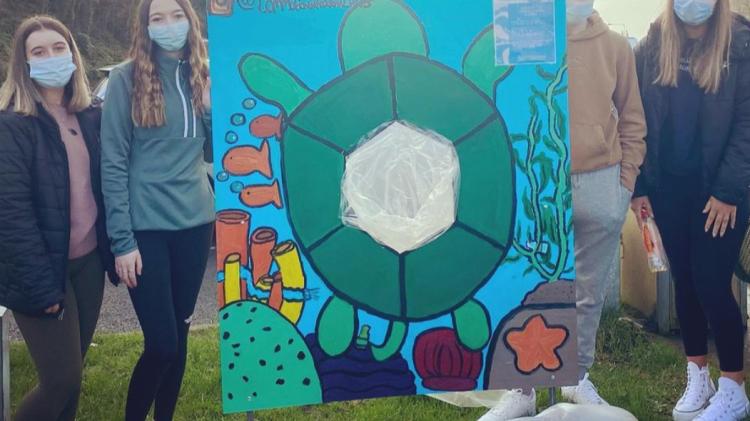 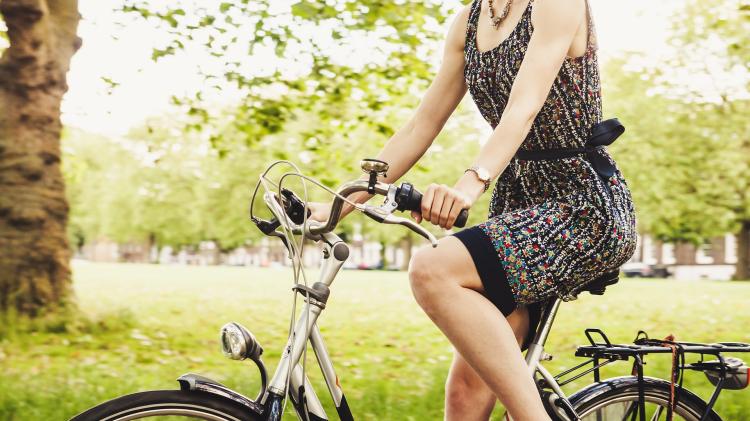