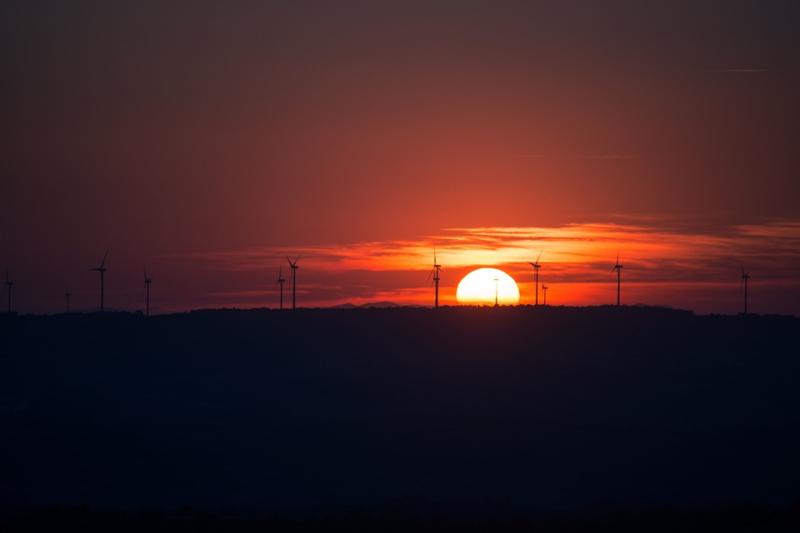 The Minister for Environment, Planning, and Local Government, has threatened to use his powers to revoke any local development plan which he believes improperly blocks wind development.
Donegal is one of a number of councils which has varied its development plan to bring in restrictions on wind farm development outside the current national guidelines.
RTÉ has reported that Minister Eoghan Murphy has written to local authorities to remind them that they have an obligation to make sure any decisions they take on county development plans have to be in line with national energy policy.
The government is currently reviewing the existing guidelines on wind energy, which date from 2006, and aim to have a new set of rules in place next year.
Minister Murphy said in a planning circular, sent last week that "local authorities should defer amending their existing development plan policies in relation to wind energy and renewable energy ... and should instead operate their existing development plan policies and objectives until the completion of a focussed review of the wind energy”.
The letter also tells the councils that where local authorities breach their statutory requirements in a manner that fails to reflect national policy, the minister will consider using his powers under Section 31 of the Planning and Development Act, in which he can direct a local authority to amend any provision in their development plan which he feels is incompatible with national policy and statutory guidelines.

Legal challenge by Cllr John Campbell
Donegal county councillor John Campbell has legally challenged the Section 31 powers in the High Court after previous environment minister Alan Kelly sought to reverse the council's decision to extend setback distances to more than twice the national guidelines.
Speaking on RTÉ Radio One on Sunday Cllr Campbell said councils are not ignoring rules but using powers given to them.
“This is not about ignoring rules,” he said. “This is about local authorities exercising the powers given to them under legislation and we in Donegal, twice in the High Court it has been proved that we haven't ignored the rules, but we have adapted them for their proper use in Donegal.”
The independent councillor said councils have powers to change their development plans under the Planning and Development Act.
“It is a very serious power. It’s one of the few areas where the elected members have a very large degree of decision making and power and I think we’ve taken that in Donegal very, very seriously.”
He said councillors in Donegal have chosen to attempt to manage development of wind energy, not to restrict or ban it.
“We are charged with coming up with a strategy for the proper planning and sustainable development of our area.”
He said there has been an “over zealous use” of Section 31 powers.
“It is not as simple as looking at how much area have they (local authorities) and how much area is available for wind farming. It’s about the different layers of national policy, of environmental policy, of roads policy, transportation policy. That all has to be factored in and (it’s about) coming up with something that is sustainable for our particular county.”