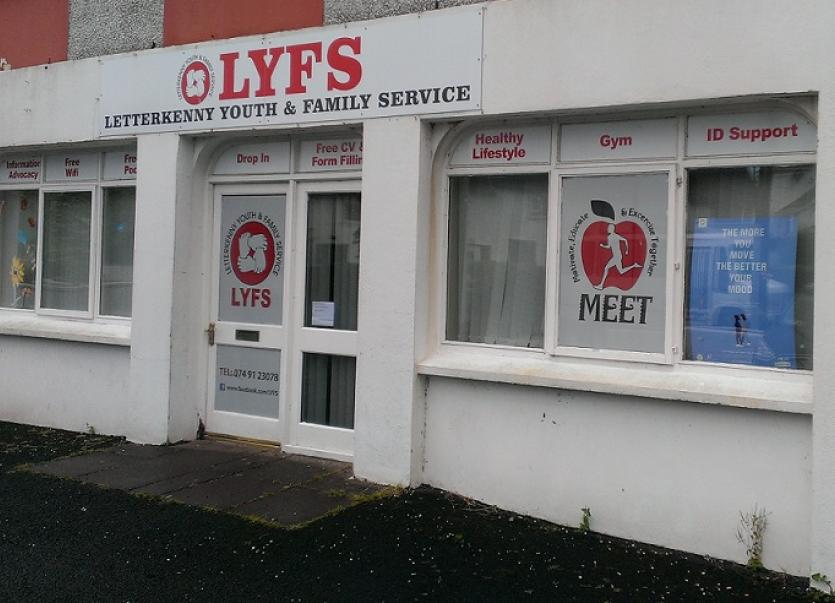 The residents association at a Letterkenny council estate said a new, week-long “healthy estates” initiative has added a new community buzz to the estate.

The week’s events and activities were free and largely well-attended.

Maeve Ward, secretary of the residents association, said the bus provided by LYFS was full each time it left the estate, taking young people to Ballymacool Park and Ards Forest Park, among other outings.

"To see the energy of the parents and children before the bus arrived,” Maeve said. She said there was a special feeling of camaraderie during the week. Children would come up to her and ask, "Maeve, what’s happening today?”

There are 70 homes in the estate and residents association officers said the week provided a special opportunity for the children and adults who live there to get to know residents they may not have known before.

This is the first time LYFS has delivered this type of week-long programme at an estate and Garry Glennon, LYFS manager, said it was something that could be rolled out to other estates as well.

Residents are also seeking the creation of a safe play area and football area in the estate.

LYFS have long worked with Letterkenny estates on a range of projects, such as Healthy Letterkenny and Active Letterkenny, which encouraged healthy lifestyles for all ages. This week was different, in that it brought together many different strands and themes, including physical and mental health, to one estate for a week.

Cllr. Jimmy Kavanagh, mayor of the Letterkenny Municipal District, attended the kick-off of the week last Monday and met with residents association officers and Garry at the end of the week.

“I thought it was a great idea,” Cllr. Kavanagh told them. “And I’m delighted now that you’re reporting back that it went well.”

He suggested that some of the week’s events could be developed as ongoing initiatives, and association officers also asked whether some of the activities for young people could become more regular events.

Speaking later, Cllr. Kavanagh said he believed the initiative had the potential to be rolled out to other estates and said LYFS was well-placed to deliver it.

Garry credited the residents association for promoting the week among their neighbours and for their work on the ground.

“Without the support of the residents association this couldn’t have happened,” Garry said.

Garry said residents associations in Letterkenny interested in bringing the programme to their estate should contact LYFS on 074 9123078 or 086 1237917.