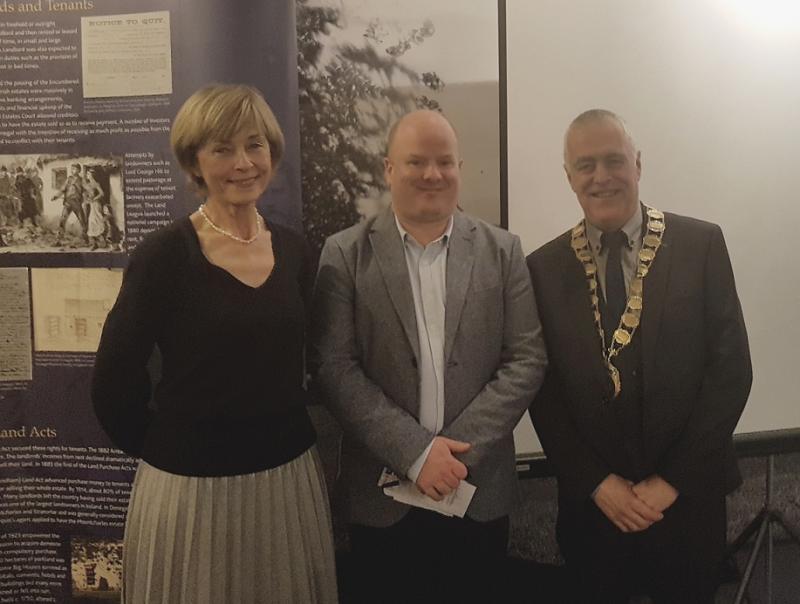 Full caption information at the bottom of the page.

Sophia Hillan, author of 'May, Lou and Cass: Jane Austen's Nieces in Ireland' (Blackstaff Press, 2011), opened the festival earlier this month, speaking about the lives the great novelist's nieces lived in Donegal.

Dr. Hillan described lives that could have come from the pages of an Austen novel - Cassandra Knight, buried with her husband, Lord George Hill at Conwal graveyard, who had to overcome parental objections to marry the man she loved; Louisa, called to care for Cassandra's children on her death; Marianne, ejected from the only home she knew when her brother sold it out from under her after their father's death. Marianne and Louisa are buried in a Ramelton graveyard, one tombstone leaning into the other.

Austen's grand-niece, Cassandra Hill, an Irish speaker and the last of the Austen women to live in Donegal, established a convalescent home for women here, “without distinction to creed or party”.

This was the second annual Cathedral Quarter Literary Festival, and in his remarks at the opening Cllr. Jimmy Kavanagh, Letterkenny Municipal District mayor, congratulated the organisers and wished them well for the future.

The festival drew Austen fans from different parts of the county for a weekend of events from October 20th to 22nd that included a performance of music from the life and writings of Jane Austen; a tour led by Dr. Hillan of places associated with Austen's nieces; readings, a book launch and more.