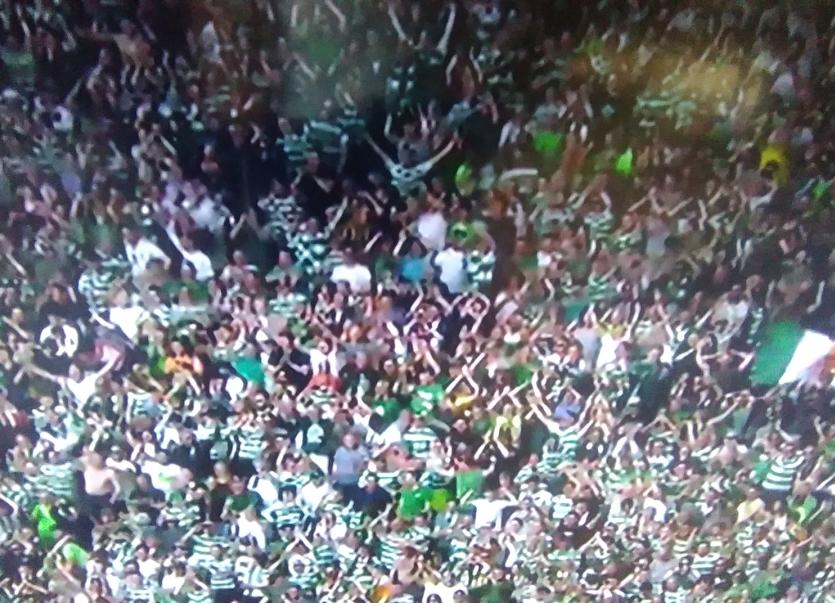 Celtic fans celebrating as their side make history

Hundreds of Donegal people were at the final while many more were watching television coverage, many people from McHugh's native Lettermacaward area among those at the game.

Celtic took the lead after 11 minutes with a wonder strike from Callum McGregor. The ball fell to him at the edge of the penalty area from a Charles Dunne clearance. He took a touch to control it with his left and hit a perfect half-volley past Trevor Carson, off the post and into the top corner.

Olivier Ntcham doubled Celtic’s lead with a low drive from distance into the bottom left-hand corner that took a slight deflection off Cedric Kipre, who turned his back to the shot.