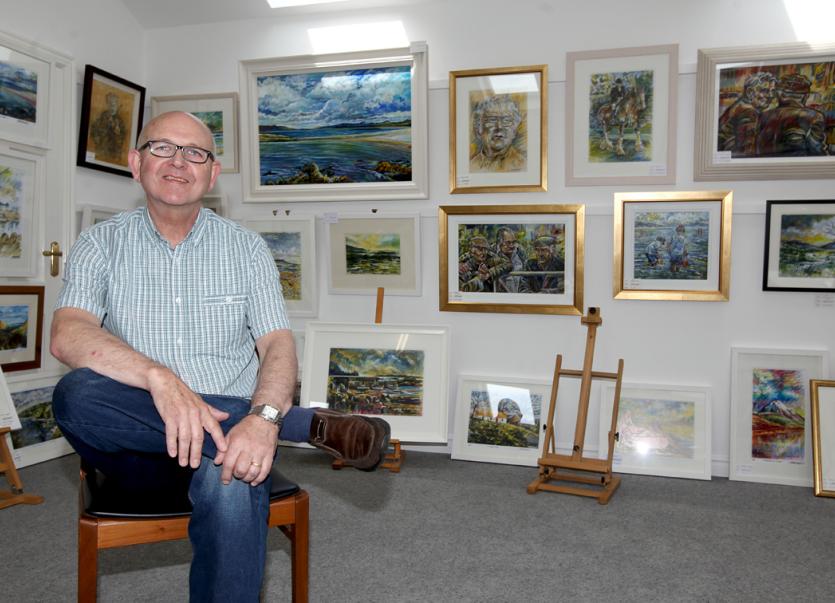 Ardara artist, Stephen Bennett, has been shortlisted for the Royal Arts Prize.

Well known Ardara artist, Stephen Bennett, has been shortlisted for the Royal Arts Prize. Stephen, who is noted for his dynamic and vibrant figurative and landscape paintings, is one of 40 international artists chosen to exhibit at the show in London’s La Galleria Pall Mall.

Stephen Bennett lives and creates his artwork in Ardara, Co. Donegal. His paintings, which are inspired by the the people and landscape of Donegal, are included in collections worldwide. Above: A sample of Stephen's work entitled "Tide in at Rosbeg".

Stephen said: “I am delighted and honoured to be shortlisted for the Royal Arts Prize. It is nice to be recognised and included in an international exhibition and I am looking forward to having my art hanging where it will be seen by a much wider audience. Of course I’m also delighted to be flying the flag for Donegal. ”

The aim of the Royal Arts Prize is to showcase some of the world’s best artistic talent. The prize is awarded to the artist who creates the most meaningful connection and impact, using original thought and creativity to achieve this. The prize is a solo exhibition at La Galleria Pall Mall, London SW1.

La Galleria Pall Mall is located in the oldest arcade in London, on Pall Mall, in an affluent and dynamic area close to the National Gallery and the St James's area of galleries. The exhibition opens on February 12th and runs until the 22nd..

Stephen exhibits in his studio gallery in Ardara and in other galleries throughout Ireland. His work can be seen on his website at www.stephenbennett.net and he can be contacted on 0877923205.