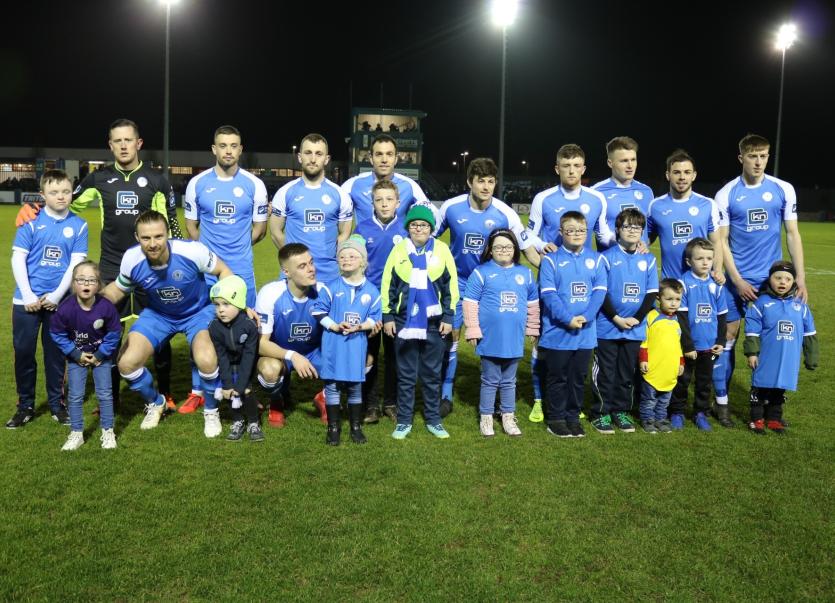 High-flying Shamrock Rovers have opened up a seven point lead in the Premier Division after a late Greg Bolger strike earned them the win in Ballybofey.

The winning goal came on 84 minutes, Bolger’s bullet effort from outside the box flying into the back of the net.

It was tough on a Harps team who looked set to deny the Hoops the win after another gutsy display.

But following a goalmouth scramble, the ball ran perfectly for Bolger and he drilled his effort home, much to the delight of the travelling Rovers supporters.

Harps, having lost four on the bounce, wouldn’t have been fancied to take anything from this game. But they played well on the night and made life difficult for their opponents with a hard-working and well-organised approach.

The Dubliners went into this game four points clear at the top having enjoyed a great run of form.

Rovers made two changes from the side that eased to a 3-0 home win over Sligo Rovers last weekend with Jack Byrne and Trevor Clarke - both on international duty - replaced by Dylan Watts and Sean Kavanagh.

Harps made changes too with Raf Cretaro dropping to the bench while Harry Ascroft was absent as was the on-loan Sean Boyd who was up against his parent club. In came Colm Deasy, Niall Logue and Nathan Boyle.

Rovers started well with Aaron Greene, deputising for Byrne in attack, looking lively. Harps went with four at the back with Sam Todd tasked with shepherding Dan Carr on the Rovers right and while they did see plenty of the ball early on, the visitors struggled to impose any pressure on their opponents.

They did go closest to opening the scoring on 18 minutes when from a well worked throw-in on the left, Kavanagh fed Watts whose well struck effort was beaten away by the diving Ciaran Gallagher.

Harps, with John Kavanagh pretty prominent in an unfamiliar central midfield role, played well, although didn’t really create all that much from an attacking sense. At times they did carry a threat at set-pieces and the long-throws of Deasy. But it was a quiet opening 45 minutes for former Northern Ireland international keeper Alan Manus.

Rovers did have a decent chance shortly after the restart when Dan Carr’s delivery from the left picked out Greene at the near post but he failed to find the target.

With the suspended Ollie Horgan watching on from the press gantry, Harps continued to frustrate their opponents, closing men down when not in possession and winning scrappy ball in crucial areas.

Former Derry playmaker Aaron McEneff was called ashore after the hour as Rovers introduced the fresh legs of Joel Coustrain to their midfield. But Stephen Bradley’s side just couldn’t click into gear and the longer the game went on, the more the home supporters seemed to sense their team could take something from this game;

After Cretaro was introduced off the bench, Harps enjoyed another good spell and a Caolan McAleer free-kick almost picked out the run of Nathan Boyle.

And then in a quick break-away, Harps were three on two, but Boyle delayed his pass too long when McAleer was racing through and what was a great opportunity was wasted.

But with time running out, Bolger struck to break Harps hearts and ensure that it’s five defeats on the bounce now for the Donegal side.