A man who made a hugely positive contribution to his community 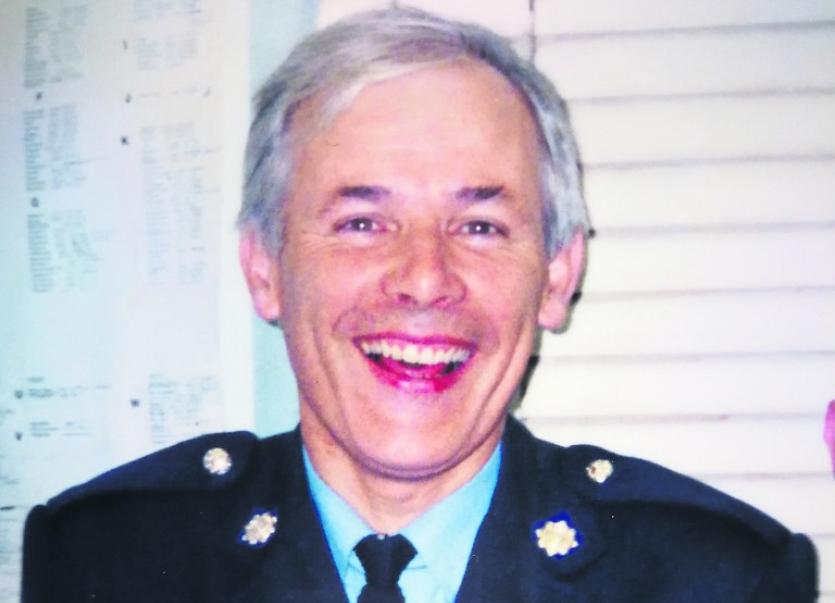 Tom Calpin, always ready to help and support so many

After Tom Calpin’s funeral Mass in Ballyshannon last week, the cortege took a detour down the Mall to stop at the Garda barracks where he had worked for most of his career.
Before Ballyshannon was by-passed, traffic through the centre of town was extremely heavy. Tom was one of the familiar faces in uniform regularly stationed on the bridge, keeping the traffic moving – unless he got chatting to someone for a few minutes.
He was also a regular presence on the border in Clyhore. He cut an imposing figure in uniform but like many Guards of his generation, Tom was basically a problem-solver and a carer. His way was to try and keep people out of trouble with the Guards rather than see them land into trouble with the Guards.
While he didn’t believe that the Garda Siochana was without its faults, he was fiercely proud of his colleagues, particularly those in his unit, and enjoyed a camaraderie that was still evident when many of his former unit said goodbye to him last week.
He was Sligo to the core. Born into a farming family in Enniscrone in 1948 to James and Mary, Tom was a younger brother to Angela and Michael. He boarded at St Muredach’s college in Ballina and moved to London for two years before returning home after successfully completing the Garda entrance exams.
He was stationed in Raphoe, when he met Letterkenny woman Joan Lynch, whom he married in 1972. When he was transferred to the expanding Ballyshannon station, the couple lived in Abbeylands for several years before moving to Kilbarron with a growing family.
To his colleagues, Tom was a life-force: chatty, mischievous, ready to convince anyone on the delights of Sligo Rovers, of the Rolling Stones, on why Peter Barry would have made a great Taoiseach. He brightened long, cold checkpoint nights in Clyhore or on patrol with many a yarn or prank.
Out of uniform, Tom was a soccer man: a regular face at the Showgrounds and an ardent Republic of Ireland supporter. In 1988, he founded the South Donegal Schoolboys league along with PJ Fox, Arthur Keyes and Gerry McDermott, a competition involving teams from Ardara, Donegal Town, Killybegs and his own Kilbarron United.
It gave him great pleasure to watch the rise of Seamus Coleman, one of the products of that league, from an apprenticeship with Sligo Rovers through Everton and Ireland. And it gave his family great comfort to see many of his former Kilbarron players pay their respects over the past week.
Tom retired in 2003 and was in terrific form at his ‘do’ at the Creevy Pier hotel, a night which included much reminiscing and several impromptu live performances.
His garden at home was his pride and joy; he had an effortless green finger and saw himself as a handy man who loved doing jobs around the house - whether they needed doing or not. Cruelly, he was hit with a serious stroke just two months into retirement, an event which seemed unbelievable to everyone in the locality given his youthfulness and strength.
That illness robbed Tom of much of his speech and involved a long period in rehabilitation.

Life-changing
But much as it took from him, that life-changing event also revealed so much about the spirit within him. He used choice phrases to communicate with the same passion and conviction as always.
He continued to love music and dancing and gardening. His Catholic faith, always central to him, became more important. He powered on.
The illness couldn’t affect his interest in meeting people and when he started part-time work in SuperValu in Bundoran as part of his rehabilitation, he took on an entirely new role within the community. Those 15 years were made amazingly rich for him because of the support of his wife Joan and he was able to enjoy life.
In fact, he was only ever truly sick twice in his life: that time and again over the past couple of weeks.
Nothing about him changed over those last few days: he remained good humoured, positive, keeping tabs on Liverpool’s league performances and took comfort in the fact that Mick Jagger had also been waylaid, still smiling, still talking and always thanking the nurses and staff in Sligo hospital when they attended to him.
So there was deep shock and disbelief when he was prayed for at Mass on the evening of Saturday, April 6. His family were hugely comforted by the generosity and support of neighbours and friends over the week and also by the stories told of the hundreds of small, invaluable good turns Tom had done for people, moments he had probably forgotten but that they remembered when news broke of his unexpected death.
Tom Calpin is survived by his wife Joan, children Siobhán, Shane, Caitriona, Cillian and Caoimhe and his sister Angela. He was 71.
May he rest in peace.