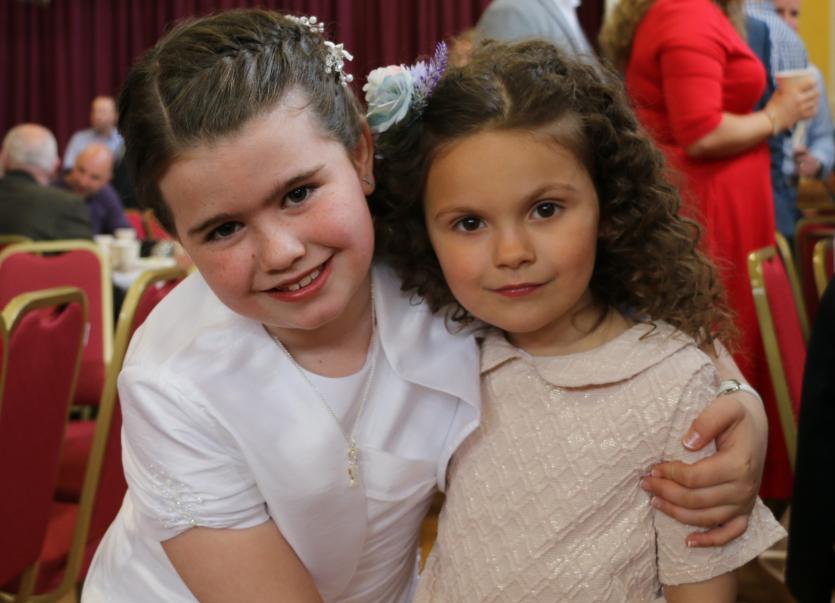 Miah McGowan along with her niece Allie Farrell who is one of the most sought after child models in the fashion industry PICTURE: MATT BRITTON

When one thinks of top models the visions of svelte tall ladies gracing catwalks worldwide spring to mind.
However, last weekend I encountered one of Europe's top models in the most unlikely locations - at the first communions in Ballintra.
Noticing this five-year-old Shirley Temple-like young lady I remarked "that young girl could be a model." I was met with the reply “she is”.
Allie Farrell who hails from Dundalk but has a wealth of friends and relations in Mullinasole is now accepted as one of Europe's top child models and has appeared in London, Paris and New York Fashion weeks on a number of occasions already.
Her seven-year-old aunt Miah McGowan, a daughter of Sineád was celebrating her first communion in St. Bridget's Church and Allie and all her family came up for the weekend.
Allie's mother Stacey told the Democrat: “She may have travelled the world already but she just loves coming up here to Mullinasole.
“She was originally spotted on an Instagram page and is now signed up with Andrea Roche but behind it all, is just a perfectly normal young school going girl.”