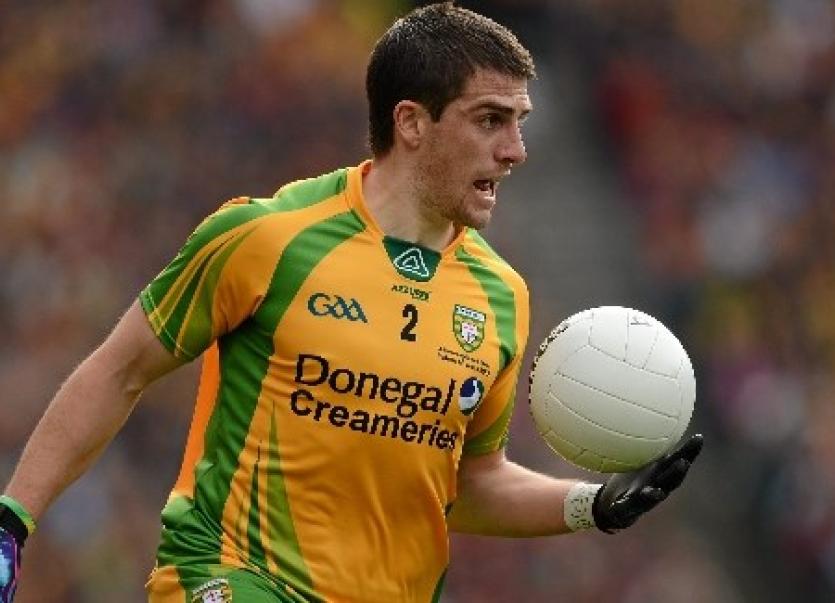 News is emerging that Donegal corner-back Paddy McGrath has suffered a cruciate injury. The Ardara man was replaced early in the second half of Donegal's game against Mayo in MacHale Park, Castlebar on Saturday last.

There was hope that he might only have done minor damage, but a scan has revealed a cruciate injury, which will keep him out of action for up to nine or ten months.

McGrath suffered cruciate damage a few years ago but did not have surgery and was able to build up the muscle and he returned to play a big part for Donegal in winning two Ulster titles back-to-back.

He made a decision last year to stay on for another year, but this has been a cruel end to the 2019 season for the 30-year-old, who had a very good year at corner-back in the Ulster championship. He had been suffering from a calf injury which saw him miss the two opening games in the Super 8s, but then he was back in the starting line-up for Saturday last against Mayo.

It is another blow for Donegal to add to recent injuries to Eoghan Bán Gallagher and Jason McGee.

Everyone wishes McGrath a speedy recovery and they will want to see him back in a Donegal and Ardara jersey soon.