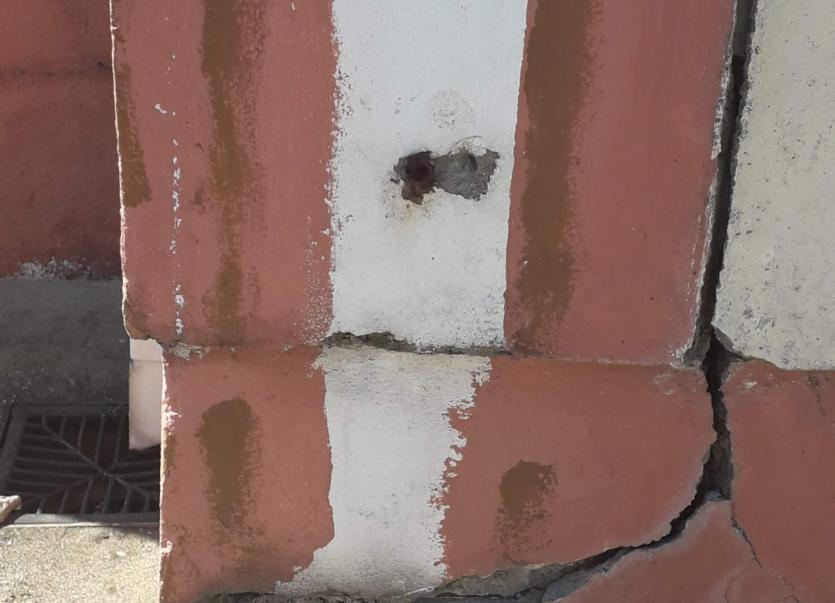 Mica homeowners who “did nothing wrong” are living in “turmoil” according to one Inishowen man currently preparing to vacate then demolish a much-loved family dwelling.

“Like so many other people, we put every penny we had into building our home. We are happy here. Our children love it and don't want to move out,” he said.

The first inkling the family got their home contained mica was when they decided to pump bead insulation into the cavity walls.

“That was the first really scary thing. It was like putting dynamite into the cavity. The external cracks really took off a few months later.

“Prior to that the cracks had been minimal and we thought they were ordinary settlement cracks, coming from reveals and places you might expect cracks. There was nothing dramatic.

“But, once the insulation went into the cavity, obviously there was no air circulating, which meant the outer block was getting all of the moisture and had no air to dry it out.

“Internally, one crack appeared about six months ago, on the reveal at a window. The next crack appeared on the inside of a wall when they drilled the core samples. We are very aware of the cracks now because of the drafts.

“There is now air coming through cracks and the space between the window and the reveal and the cracking is getting bigger.

“On a windy day, you could find breezes coming through a lot of places,” said the homeowner, who by this time had a “strong suspicion” the cracks were as a result of mica in the blocks.

He added: “Everyone in Inishowen and greater Donegal knows the degree of devastation defective blocks have caused.

“I know of at least dozen cases of people in this immediate area with homes which are affected.

Concerns continue to be raised over the feasibility of the Mica Redress Scheme for homeowners.

There have been repeated calls for assistance for affected homeowners to meet the 10% contribution cost.

“When the Mica Redress Scheme [officially known as the Defective Concrete Blocks Grant Scheme] was announced, which was supposed to cover 90% of our costs, we had the house tested. It took us 11 months to get our results, which is way too long.

“People are afraid of the length of time and the amount of money involved in testing. If you have the money, you pay up front and claim it back, if it is proved you have mica. That was the first expense.

“My engineer subsequently recommended demolition and rebuild. We then started getting our plans together for the new house, because you have to apply for planning permission and the costs mount up between planning fees and notices in the paper.

“The size of the house you are rebuilding then becomes a major dilemma,” said the homeowner, who said he had been “advised” to go for a smaller house.

He added: “But mica is not my fault. I did not do anything wrong. Why would I build a house that is going to be less in value to suit the [Mica Redress Scheme] situation. I would be losing out in value.

“I have been told my house, if it was in its regular state is worth, possibly, in the region of €320,000. Why, therefore, would I build a house which is far smaller, just because it is inside the scheme? Mica is certainly not my fault. I did not do anything wrong.

“In addition, while families are waiting on planning permission, they have to secure somewhere else to live, which is a real problem in Inishowen. Trying to get somewhere to rent is practically impossible, so if you get somewhere you have to take it.

“When you do the calculations, you are going to be out of your home for at least 18 months while the rebuild is going on, which means rent is going to be close to €15,000. Rent is not included in the Mica Redress Scheme.

“On top of that, you have to decide where the stuff coming out of your home is going to be stored.

“Non perishables such as toilets and wash hand basins can be stored pretty easily, at a financial cost, but, when it comes to furniture, something porous like wood, you have real issues finding suitable storage.”

For the last three or four weeks the family has been boxing up all of their belongings.

“We have spent a fortune on boxes and trying to get things labelled and put into different places, outside of the turmoil,” said the homeowner.

“Everywhere you turn, it seems like somebody is telling you you can't do something. We are being told to try and save the timber from our roof. But, any builder I have been talking to is saying the cost of putting scaffolding around a house and carefully taking down the roof will supersede the cost of putting on a new roof.

“The advice to save the roof makes absolutely no sense to me. It is not going to save any money so why go to the bother?

“The situation with windows is another disaster. This should have been a prime opportunity to take houses into the current building regulations.

“It is optional but the scheme is not providing any incentives, if you wanted upgrade insulation or heating.

“It is ridiculous that you get money for taking the windows out, putting them back in again and storing them in the interim. You are allowed to take your current system out, store it and put it back in again.

“But, when the Government is trying to outlaw fossil fuels, why is there no allowance under the Mica Redress Scheme?

“Why are we not eligible for the SEAI [Sustainable Energy Authority of Ireland] scheme? Why are our homes classed as new builds not rebuilds? Why can't we future proof our homes, as everyone else is being encouraged to do?”

The exasperated homeowner said the estimated cost of materials and rebuilding was rising steadily.

He said: “At the minute, it is just a constant thought. The kids do not want to leave their home. The other major problem is finance. For the last four months, I have been ringing the bank trying to see what they can do. I was hopeful they would just give me a top up on my existing mortgage and extend the repayment term.

“However, before I was even able to give my personal information, I was told I had no chance. The banks are not going to release money for anyone who is on the Pandemic Unemployment Payment at the minute.

“I am not in arrears and have never missed a payment, yet I can't get a decision, even though I have been ringing every couple of weeks.

“If you are talking someone in a bank in Dublin, they do not know what the hell you are on about. You have to constantly explain the story. At the minute, it is an impossibility to pay rent and mortgage.

“Ironically, I have a house which is currently worth zero, according to insurance company, yet I can't get a loan from the bank to bring it to a value of €350,000. There is no movement from the banks at all.

“I would say to them [Ministers Donohoe (Finance), O'Brien (Housing) and McConalogue (DAFM)], the Redress Scheme needs to be reviewed, urgently, before people go through the process.

“I am having to beg and borrow to get myself back into my house There are going to be bits falling off in another two years if we do not get it sorted now.”

Urging the powers that be to review the Mica Redress Scheme, the mica homeowner said grants needed to be awarded on an equitable basis.

“The Defective Concrete Blocks Grant Scheme needs to be calculated per square metre of the rebuild. In addition, costs such as renting alternative accommodation need to be included.

“The banks must respond to people and quickly, or my fear is, homeowners who are desperate, will be forced to go to extortionate lenders to repair or rebuild their homes.” 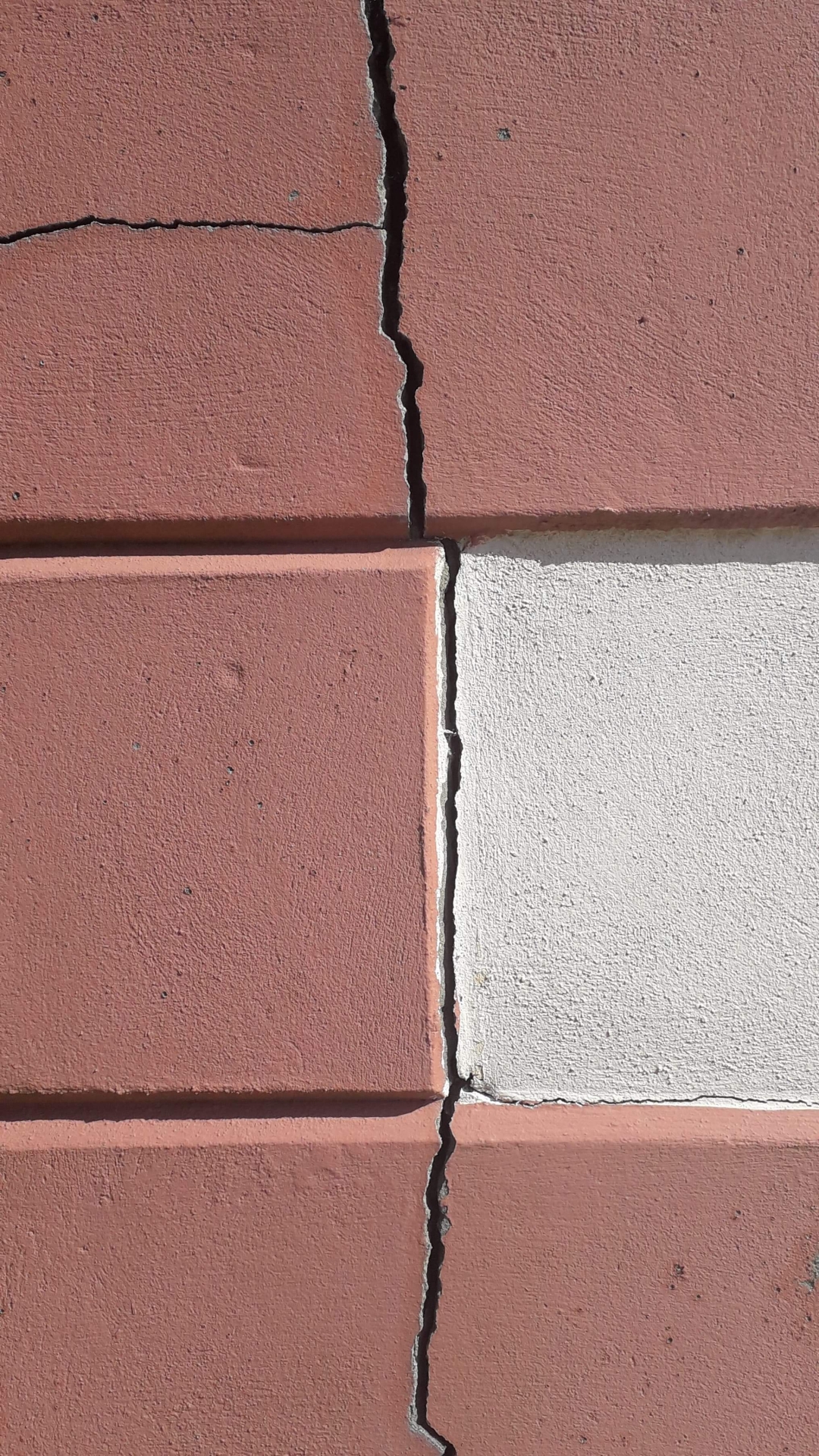