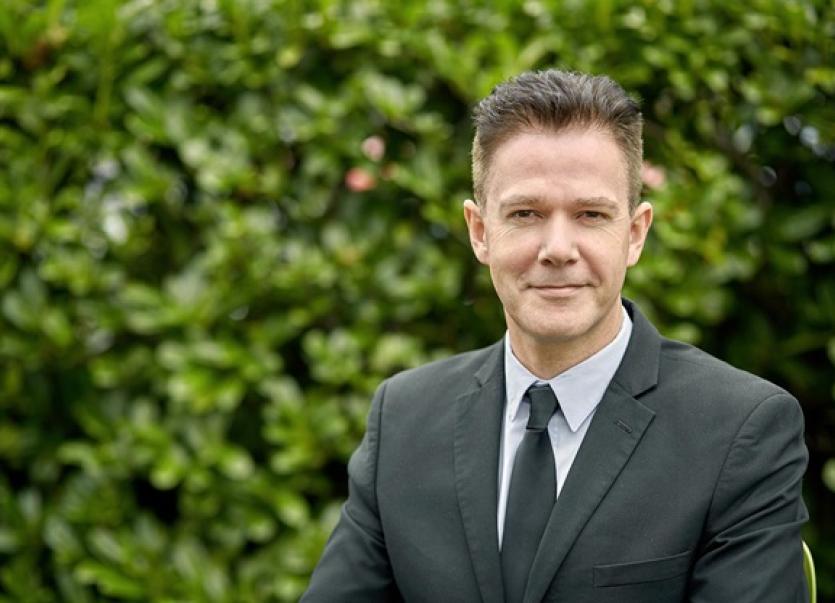 Held online, instead of in Letterkenny as originally planned due to Covid-19, the eventful Green Party Convention saw Donegal's Michael White elected to the party's nine-person Executive Committee.

Speaking to Donegal Live following the weekend event, Michael White said he will now sit on the committee for two years.

He added: “It was great for a Donegal person to get elected, more so because the election was open to all members of the Green Party who attended the convention.”

Turning to Inishowen concerns, Michael who is Chairperson of the Green Party Donegal, said the recent dredging of Greencastle Harbour was an issue in which the party was “taking a great interest”.

Mr White said: “The Green Party in Donegal is taking a great interest in that and will be trying to monitor the situation, as much as we can, in the coming months. There are concerns regarding both the harbour dredging and the fact that dredged material ended up where it ended up [in an illegal landfill site in the Adelaide Meadows housing estate in the village].

“It is related to the concerns we have about the grounds around Greencastle in general. We are living beside Northburg Castle, a fantastic national monument, and it is not being cared for, so we watching all of this with concern and we will try and help where we can.

“I would like people to know that the Green Party in Donegal wants to be visible in terms of monitoring and engaging to discourage breeches of waste guidelines. One of the roles we can serve is to try and raise the profile with actions like this, to try and ensure it does not happen again.

“The Green Party is also engaging with someone who was involved in the Save our Swilly campaign a few years back. We are pulling together background information, so we can engage more effectively in Lough Swilly and in other places including Lough Foyle and Ballyness Bay in West Donegal,” said Mr White.

He added: “We are aware of what is happening in Lough Foyle, in terms of aquaculture, and we are not happy with it. There is an issue that a lot of what's happening is for the benefit of a small number of people but it is having an impact on everybody who lives along the Lough and will have a negative impact on the Lough and tourism.”

In terms of Senator Róisín Garvey's reported remarks during the Green Party Convention, Michael White said he had been in attendance at that particular session.

He said: “I was actually helping to field the questions from attendees and passing them to the panellists. Certainly, my impression of what Róisín said was not what the Irish Independent reported. My understanding of what Roisin was saying was that not specifically about rural people or anything else. She was saying, if you use certain terminology, phrases like 'sustainability', people just get bored.

“She was not talking about dumbing it down. She was talking about using words that people used in their day to day conversation. Róisín is rural and was not trying to denigrate people in rural Ireland.”

The County Clare senator was reported by the Irish Independent to have said that when Green Party members are speaking to the public in rural areas, they need to simplify their language.

The outgoing Green Party Executive voted to hold next year's Convention in Letterkenny, due to the town missing out this year.

According to Michael White, Donegal played a big part in defining what the sessions of the weekend's Convention were about.

He said: “There was a specific session on Northern Ireland and Brexit. during which the Green Party Northern Ireland leader, Clare Bailey spoke. Dr Katy Hayward from Queen's University, Belfast also addressed the Convention.

“It was a really interesting if concerning session. Clare Bailey highlighted the fact that since the Brexit referendum, the Assemblies in Wales and Scotland have been transposing EU law into their local assembly. However, none of that work happened in Northern Ireland because the Executive was not in place for three years.

“Clare said there was a huge element of risk now that legislation passed at Westminster is just being taken over wholesale and applied to Northern Ireland. It is not being tailored or customised. She thought that was a huge risk and was an enormous risk politically, in terms of the environment and agri-food.

“We also heard from Fidelma O'Kane from the Save our Sperrins campaign. What she was saying will be of interest to anyone in Inishowen. Ms O'Kane has run a big campaign against the mining company, Dalradian, in Tyrone. In Inishowen, we will all be aware that there is some prospecting for gold going on here. Mining devastates the local area. It uses a huge amount of chemicals, which have an enormously negative impact. We need to do everything we can to make sure there is not even a hint of that could go ahead in Inishowen,” said Michael White.

Michael White said he was concerned that with Britain leaving the EU and the “chaos” surrounding Brexit, environmental polluters might be “sneaked in”.

He said: “In normal circumstances this would not happen. And we must remember, it is not just the water in Tyrone that might be polluted, that feeds the head water of the Rivers Finn and Foyle' so Inishowen will end up being on the receiving end of whatever happens in Tyrone.

“The Convention was excellent. There was also an Irish Language session for the first time in the main body of the Convention. We also got a briefing on the Climate Action Bill, which will be going to Cabinet this week. That was one of the Green Party's First 100 Days commitments and it will have an enormous positive impact on Ireland .

“An extra €100m has been allocated for retro fitting this year, which is nearly the maximum amount because there are simply not enough companies and people able to deliver more retro fitting projects around Ireland. One of the big challenges will be to beef up the number of people employed in that sector in the country so we can retrofit more houses. It would be a positive thing for Donegal, where we would be trying to hire and train people to deliver those kind of projects,” said Michael White.

In terms of the ongoing Covid-19 restrictions, Michael White said he would “err on the side of caution”.

He said: “In terms of a possible move to Level 5 restrictions, I would go with what NEPHET recommends. I would err on the side of caution.

“The number of positive cases in Stranorlar and the number of cases in Letterkenny are going through the roof, The numbers in Derry are frightening too. We are totally out of control here.

“I run my own business so I am really conscious of the challenges businesses have, especially bar or restaurant work. The way to address it is those sectors in Donegal need to be given extra funding. I think we need to go into tighter lockdown whether it is Level 4 or 5.

“Covid-19 is worse in Donegal than it was in March. All of us know more people who have had positive tests for Covid. Stricter regulations for a couple of weeks till we get things under control would be preferable,” said Michael White.