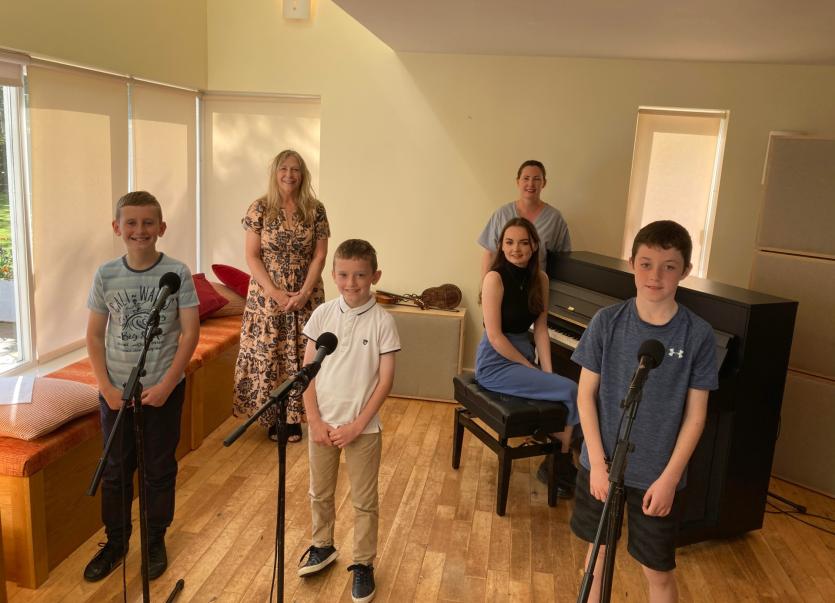 One of Inishowen's leading cultural organisations is set to premiere a short film featuring six songs in the native Irish of the peninsula.

“Up until the 1920s, there were still native speakers in the peninsula, and this project was conceived to bring songs and music back to life, by reviving and in some cases, adding additional words and melodies. Songs that have not been heard or song in a lifetime have revitalised, with missing verses completed, and new melodies added to bring a contemporary feel to their performance.

“Amhráin Inis Eoghain, has been delivered by Inishowen Traditional Music Project, during the last few months adapting to Covid restrictions in place by innovative use of technology, digital media, and online collaboration.

“Research was carried out through private, local collections, Libraries, and archives such as Dúchas Schools Project, and The Doegen Records. It confirmed that most of this rich body of material has been lost to the people of Inishowen through a combination of emigration, and the decline of the native language.

“In personal recollections of Charles McGlinchey, in the seminal publication ‘The Last of the Name’ we discovered many fragments of songs, there was no indication of the melodies that were used or were attached to songs. The initial research was conducted by ITMP and it was decided to engage the assistance of Colm O’Tuathaláin, a traditional singer and teacher from Clonmany, Inishowen. Colm is active in research into the traditional songs of Inishowen in both English and Irish,” said Roisin McGrory.

In terms of lyrics, ITMP selected a number of songs that could be completed in the time-frame and with regard to the Covid limitations on gatherings and interactions with groups of people.

Much of this research work was largely carried out online. Colm engaged the assistance of Paddy Doherty to help rebuild the words of the Songs. Paddy is a lecturer in Irish and is devoted to the Irish of Inishowen, in fact his grandfather was one of the last native speakers in Urris, Clonmany.

Roisin added: “Once we had the words of the songs completed, Colm recorded the words with local pronunciation for the younger singers to work from.

“With words and songs selected our next job was to invite a number of local musicians to compose melodies to compliment the songs. Colm provided spoken dialogue of each song for musicians: Tom Byrne, Paul Harrigan, Ella Mc Grory, Clodagh Warnock, and Mairéad Ní Mhaonaigh to work on. The composers worked on creating melodies to fit the songs, using Colm’s spoken dialogue as a guide.

“An experienced Gaeilge singer and teacher, Mairéad Ní Mhaonaigh recorded guide tracks of the new melodies and words for the younger singers. Mairéad worked alongside the singers to ensure pronunciation, phrasing and delivery of songs was correct.

Mairéad was also on hand during recording, to assist the young singers in bringing an important record of their linguistic heritage back to life.

Following Sunday's premiere, the songs will be hosted on ITMPs archive on its website: www.inishowenmusic.ie.