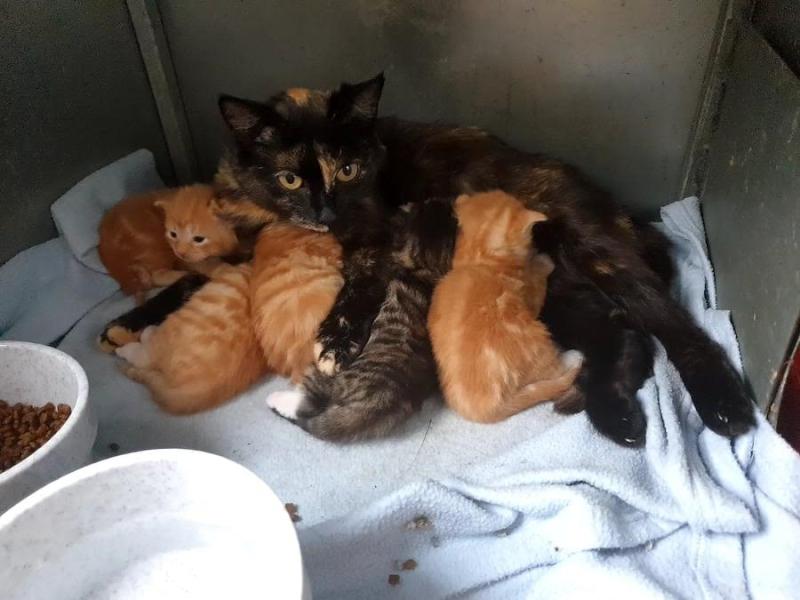 With a hundred cats and kittens currently in their care, Animals In Need Donegal are appealing to the public for help.

A spokesperson for the charity said: “Normally, ‘Kitten Season’ would be ending by now but this year we’re still getting calls about pregnant cats and abandoned kittens on a daily basis.”

She also revealed that recently they had a “had a record-breaking week where we took in 38 cats and kittens.”

She continued: “This included three heavily pregnant cats who gave birth to fourteen kittens between them within a few days of their rescue, along with a number of small kittens being found at roadsides or dumped in the countryside.”

The charity operates helplines 365 days a year, including evenings and weekends, and reports that they have responded to a spate of cruel dumping cases, where entire litters of kittens have been abandoned in remote areas.

“These are tame, friendly kittens,” the spokesperson continued. “Last week three little kittens of around seven-weeks-old were found in a remote area by chance when they ran up to a walker. They have obviously been well handled and are used to people and to just dump them to die is extremely cruel. They had no chance of survival if they hadn’t been found by chance.”

Three friendly kittens of the same age were found the week before on a lonely path by Lough Colm in Milford.

AIN said: ‘These are the lucky ones. How many more don’t get found and die horrible deaths?’

‘We don’t have a rehoming centre and we only have a handful of fosterers for the cats and the dogs, who care for the rescued animals in their own homes. We try to take in as many animals as possible but there is no magic spell to conjure up extra space if we just don’t have it, so we are appealing to the public to help in whatever way they can.’

With so many mouths to feed, the charity has launched an appeal for donations to help towards the mounting costs of caring for so many animals.

“We have to bottle-feed special kitten milk formula to the un-weaned, orphaned kittens every two-four hours around the clock. This means our unpaid volunteers getting up throughout the night to do the feeds, which is exhausting. Then, the mother cats need to be spayed before they are rehomed, all the cats and kittens need worming, micro-chipping, vaccinations and some also need veterinary treatment, which all adds up to a huge bill.’ the spokesperson continued.

If you can help in any way, please contact AIN’s helpline or donate via their Facebook page. To donate €2 to AIN’s ‘Help Us To Help Them’ fundraising appeal via your phone, please text the word ‘KITTEN’ to 50300 (please note only one donation in 24 hours is registered). No donation is too small and each and every cent given goes directly to the animals.

Details of the gorgeous cats and kittens available for adoption can be found on the charity’s Facebook page at https://www.facebook.com/AINDONEGAL

For further information on adoption, fostering, volunteering etc, please contact the main helpline on 087 1356188. For cat/kitten enquiries please call 087 7644420. Animals In Need Donegal also has a website at http://www.animalsinneeddonegal.com.