Golf cruise tourism is on the way to Donegal 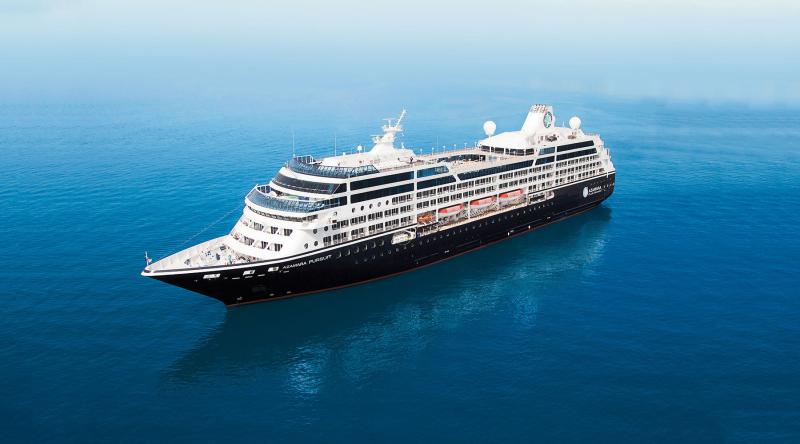 Specialist golf cruises will include Donegal on their itinerary next year

A whole new type of golfer could soon be teeing off in Donegal as a new tourism sector opens up.

The golfing cruise sector is set to take in Donegal in the coming years with hundreds of golfers disembarking off cruise ships to get in a round of golf in some of the county’s most spectacular courses.

As countries bounce back from the Covid pandemic, a surge in cruise bookings is expected next year, and mixing a cruise with golf could be high on the agenda for many well-off lovers of the sport.

One international cruise company is already including Donegal on its itinerary for golf cruises, and others are expected to follow.

Next July, the luxury American cruise line operator Azamara is operating an 11-night trip from Southampton  in partnership with PerryGolf that will take in a number of Irish golf courses.

The 2022 Irish Links Golf Cruise will have eight ports of call, including Derry and Killybegs.

Passengers disembarking in Derry will get the opportunity to play Ireland’s most northerly championship course, -- Ballyliffin’s Glashedy Links.

While the call in Killybegs will not involve a round of golf, this new type of cruise business could lead to courses in the south-west, such as Murvagh, looking to be included in future itineraries.

Prices start at around €3,000 per passenger - before the golf package is added. It costs an additional €3,765.

According to the cruise company, “every aspect of the golf programme is fully managed by PerryGolf staff onboard and ashore.”

As well as transport to and from the courses, lunch is provided at the course along with an open bar after each round.

Aside from Ballyliffin, the other courses on the tour are:

In the brochure on the trip, it states that “ Donegal is a jewel in the crown of the Emerald Isle. With the iconic Blue Stack Mountains in the distance, Donegal’s rugged coastline gives way to welcoming seaside pubs”.

It also refers to “charming” Donegal Town which “blends quaint modern shops with 15th century castles, abbeys, and monuments paying tribute to the storied past of the region.”

As revealed in the Post during the summer, Killybegs and south-west Donegal could get a major economic boost next year with the return of the cruise ship business.

For several years, Killybegs was experiencing a rise in cruise ship visits and thousands of passengers were disembarking for a variety of excursions around the county.

However, Covid-19 led to a complete halt in cruises.

Now, though, major cruise companies are planning for a return to more normal circumstances in 2022.

It is understood that up to 20 cruise ships could visit Killybegs next year.