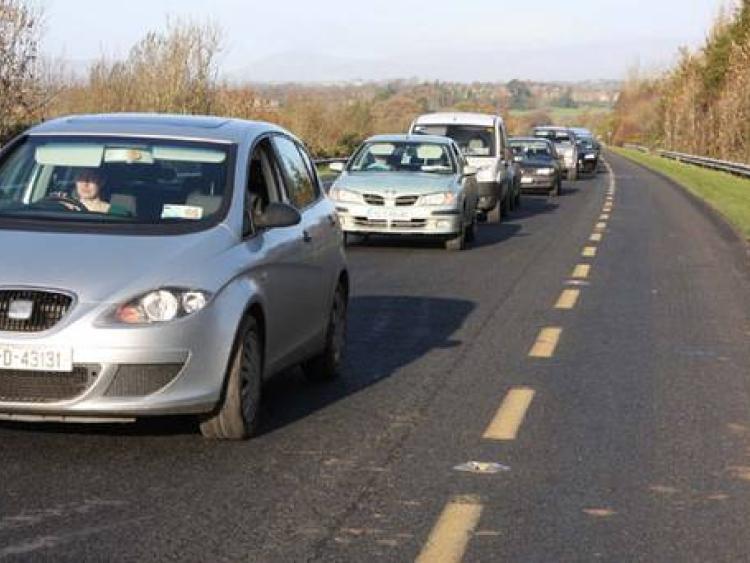 File image: Traffic dealys on N15 near Ballintra for up to 20 minutes this morning

Motorists travelling on the N15 between Donegal Town and Ballyshannon can expect delays of up to 20 minutes this morning as ongoing roadworks continue.

Shortly after 8am today there was a 1km tailback of traffic heading south from Donegal Town near Ballintra as traffic travelling north to Donegal town moved forward. A second shorter stop was also encountered by motorists travelling north. Traffic at the second stopped was backed up for just 300 metres.

While times may vary during the less busy times of the day, certainly anyone using this road should factor in a delay of anything from 15 to 20 minutes, depending on when they are on the road.

Meanwhile further north, ongoing major roadworks continue near Ballybofey, making any journey from Bundoran/Ballyshannon to Letterkenny ,much longer than normal.