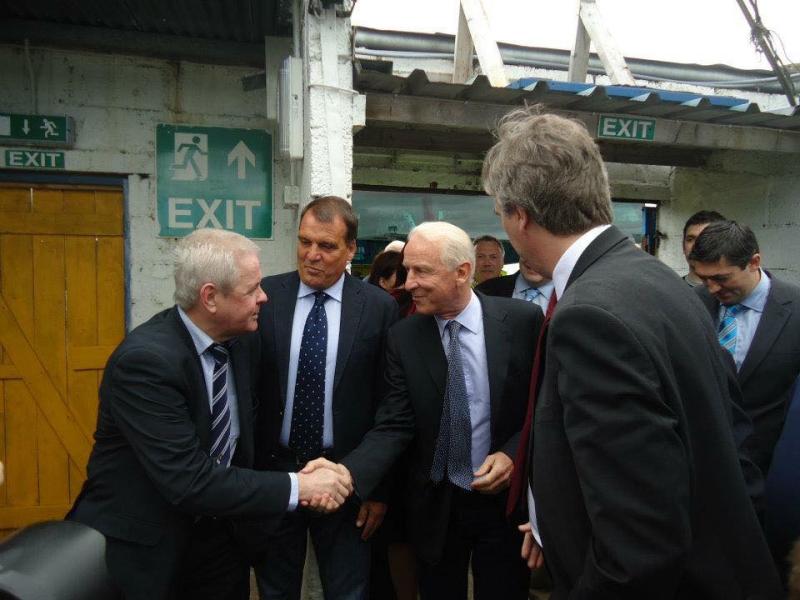 The sudden death at his home of Aidan Gallagher, Navenny Street, Ballybofey, has evoked a great sense of profound shock and a feeling of great loss not just in his local community, but far beyond.

He was well known in the Finn Valley. Indeed, Finn Harps FC club paid tribute to him today, saying all at the club were  “greatly saddened to hear of the sudden passing of our long time friend, supporter and club worker.”

The above picture was posted by the club on social media and shows Aidan meeting the then Republic of Ireland manager Giovanni Trapattoni at Finn Park.

“He will always be fondly remembered by all at Finn Park for the gentleman and warm character he was,” the club said.

It joined the many other people who have expressed deepest condolences to his wife Mary, daughter Nuala, brothers Eugene and Don, son-in-law Brendan, grandchildren Rachael, Danny and Stefan, brothers-in-law, sisters-in-law, extended family, neighbours and friends.

In compliance with current HSE and Government guidelines (re: Covid-19), the Wake, Funeral Mass and Burial will be strictly private to the immediate family only please.

The Funeral Mass will be streamed live on the Church of Mary Immaculate, Stranorlar - Webcam on Sunday, May 10th, at 11 a.m.