The singer is thrilled to have done her county proud 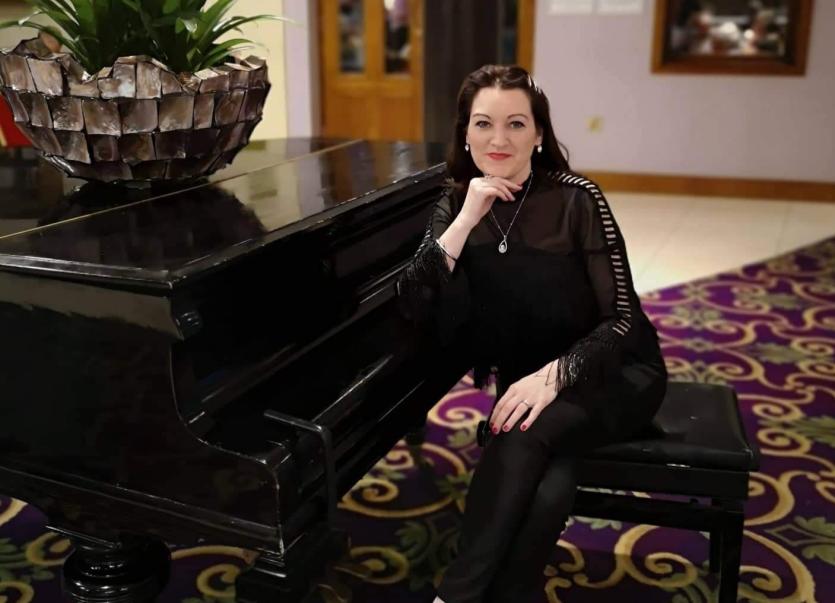 A talented Donegal country music singer, songwriter and multi-instrument musician has been honoured with an international award.

Lorraine McCauley is thrilled to have won the Amazing Voice Traditional Cover 2020 Female award in the Fairplay Country Music Red Carpet Music Awards in Holland. She was nominated in no less than eight categories at the prestigious event.

Ms McCauley said: “I was delighted, privileged and honoured to receive this award on behalf of my homeland of Co Donegal. The awards show was supposed to be taking place in Holland this month but due to Covid took place online on the 7th November .

“I would like to thank the organisers Gaby and Peter Agrikola, the judges and all the team for putting such great work into making this award happen. They truly are an amazing couple.. Congratulations to all the nominees and winners of 2020.

Music is very much in Ms McCauley’s blood and as a piano teacher, she is sharing her passion with the next generation while inspiring them through the success of her own music career.

“I always had a great interest in music as I grew up listening to my father sing in his Country Music band,” she said. “My father Adrian McCauley played in bands since the 1960s until up to his passing four years ago.

“He played drums and guitar and when I was old enough he would take me with him to gigs around Ireland to the pubs and clubs on my school holidays.

“I was sent to Irish dancing, tin whistle lessons and piano lessons which I really enjoyed. It was not long before I was out playing keyboards in my father's  band on my school breaks - a great experience for me.

“I also enjoy playing the organ and singing at Mass in St Patrick's Church with the local choir in Ballyshannon.”

It was her father’s death that inspired Ms McCauley to follow her passion and teach music while also recording material.

“My music is going from strength to strength thank God and it's all thanks to the fabulous support of my friends and followers,” she said.

Ms McCauley had studied music in the University of Ulster, Derry some time ago but decided to go back to education three years ago. She obtained a Group and Community Music Teaching Diploma at the Royal Irish Academy of Music, the academy where she had taken all my piano grades years ago.

“It was good to be back at the academy,” she said.

Recording music is also very close to Ms McCauley’s heart, and it gives her the opportunity to put her own style on the music with which she grew up.

“My first single ‘I really think I'm crying’ was originally released by the wonderful Ireland's Queen of Country Music Philomena Begley, after that came a cover of ‘After All these Years,’ a beautiful song by Foster and Allen. The song got good airplay.

“The most special release so far for me would have to be my current release ‘A tribute to Liz Gordon.’

“Liz was a beautiful talented keyboard player in Philomena Begley's band for many years. Liz sadly passed away last June. I had the honour of playing at a special concert in the Millbrook hotel Co Down last October. Liz's brother Paddy Gordon kindly asked would I sing a few songs and play Liz's keyboard on the night and I was honoured.

“When I came home, I wrote the song and brought it out on Liz's first anniversary.

“My highlight musically, I would have to say is meeting Ireland's Queen of Country music. What a woman; 58 years in the music business and going strong. Brilliant, and many more to come.

“Philomena is my biggest musical influence and a lovely kind lady too.”

While Ms McCauley is delighted with her recent award, she is really missing the audience interaction of life performances.

“The enjoyable aspect of the music is learning and writing new songs  and seeing the outcome but I suppose the difficult aspect of it is not being able to perform live and get out and sing and see people dancing and enjoying themselves,” she said.

“Please God we will in time.”

“I suppose if I was to sum up my life as a female country artist it would be to say have fun, enjoy what you’re doing, don't take things for granted.

“I have met some fine people on my musical journey who have all been so good and kind to me.

“If anyone would live to book me for guest spot appearances or festivals next year,  you can find me on Facebook at Lorraine McCauley or my new page Lorraine Mc Cauley Country Music.