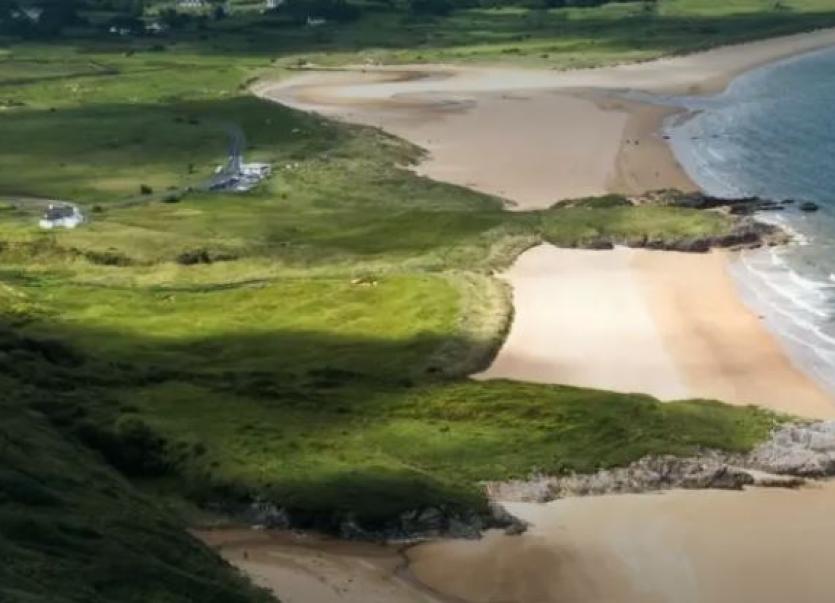 The Donegal beaches in the top ten are Trá Mór, Dunfanaghy, and Ballymastocker Bay, Portsalon.

Mayo and Kerry also have two beaches in the top ten, while the others are in

The author of the list, Fionn Davenport has outlined some details about each of the beaches.

He says that Trá Mór is a “secluded gem in the shadow of the Horn Head peninsula” and  “is arguably the prettiest.”

He notes that “it takes a bit of effort to get there: from the arched bridge at the end of the inlet that marks the end of Killahoey Beach (another looker) you have to clamber through the wind-blown grassy dunes for about 15 minutes, but your reward is a two-kilometer curve so isolated and beautiful that you’ll instinctively want to keep the secret all to yourself. And, on most days, bar the warmest, you can.”

Regarding Ballymastocker Bay, he says “this tawny-colored beach on the western shore of Lough Swilly was once named the second-most beautiful beach in the world by the British Observer Magazine, and it’s not difficult to see why.”

He continues: “Stretching for almost 2km from the holiday village of Portsalon (which gives it its alternative name of Portsalon Beach), this Blue Flag beauty has wonderful views of the Inishowen Peninsula. The beach itself is highly photogenic: as you come around the high headland on the R268 Knockalla coastal drive there’s a pull-off spot that makes for the perfect view of the beach stretching right up to Portsalon.”

He also states that the best beaches in Ireland are “invariably are on the wild western coastlines, where the occasionally angry waters of the Atlantic mightn’t at first glance seem all that inviting. But on a sunny summer’s day, you can run your hands through the impossibly soft sands and imagine yourself 20 degrees closer to the equator.”

For the full review see HERE