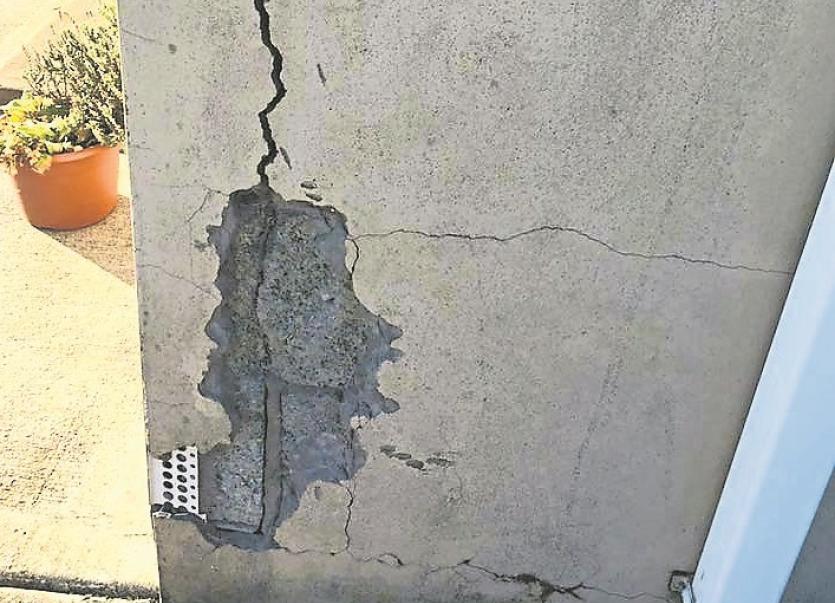 Around 1,000 social housing properties in Donegal are now understood to be affected by defective building blocks containing mica, it has emerged.

And this could leave Donegal Co. Council with a major double issue - rebuilding the homes and also finding accommodation for those who are forced to leave their homes.

Today’s Irish Times reports that average cost of work on mica-affected homes generally was recently put at €174,000 per dwelling.

Under a Freedom of Information Act request, it was informed that there are about 1,000 council-owned houses in Donegal are now demonstrating signs of mica.

This would put the cost of the roughly 1,000 affected social homes at about €174 million if demolition and reconstruction was generally required.

Overall, in the region of 5,000 properties are understood to have defective building blocks containing mica which has caused cracks and fissures to open up, of varying degrees.

According to Donegal County Council, an application for funding will be submitted to the Department of Housing shortly in respect of the initial tranche of houses.

“Once approved, we will proceed to tender so that we can commence remedial works as soon as possible,” the council said in a statement. “The council will continue this process and make further funding applications to the department, and carry out remedial works to further houses as required.”

The 1,000 figure equates to 20 per cent of the total local authority housing stock in Donegal.