'The most wonderful lady' 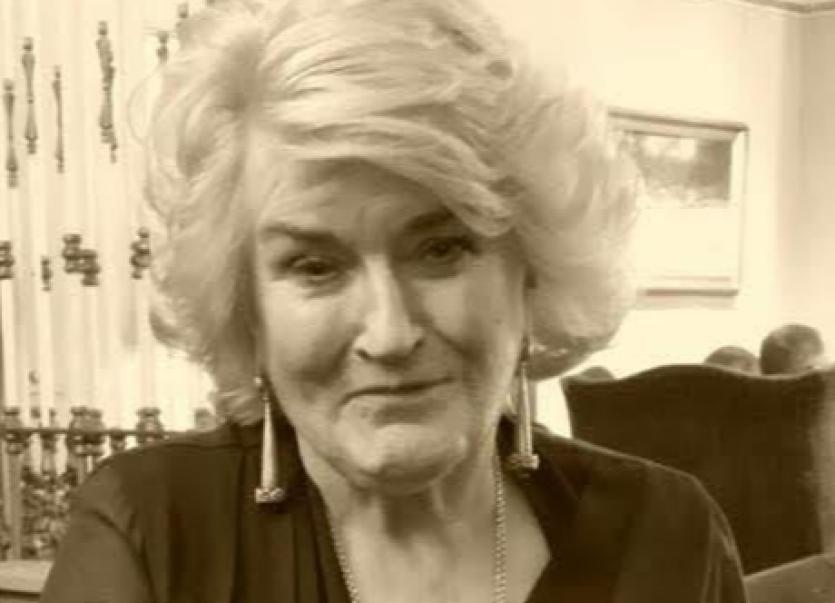 The late Catherine McWilliams - 'The most wonderful lady'

It was with great sadness the Clonmany community learned about the death of Catherine McWilliams (née McDaid), Mesphil Road, Dublin and late of Ballyliffin and Coleraine, County Derry.

Catherine, who taught English at Thornhill College in Derry in the mid-1960s, passed away on Friday, February 5 and her Funeral Mass took place in St Mary's Church, Clonmany on Monday.

The beloved wife of James and treasured mother to her nine daughters, Antoinette, Catherine, Margaret, Lisa, Marthena, Carmel, Francesca, Olivia and Marion, she will be deeply missed by her 32 grandchildren and her much loved son-in-law, nephews and nieces, relatives and wide circle of friends.

Paying a beautiful tribute to Catherine, Jennifer Doherty of Clonmany Genealogy described her as “the most wonderful lady”.

In her epitaph for Catherine, Jennifer said: “Once upon a time back in 2008, I rushed into the back of a genealogy class being run by a warm and friendly lady, who I learned later was called Catherine McWilliams. I had hesitated about joining the class in the first place since I had young children and was extremely busy at the time. I really wasn’t sure if I could commit to the ten-week course as advertised. However, a last-minute decision saw me dash to the Clonmany Community Centre, just in time to hear the start of Catherine’s first genealogy session. Little did I realise however, that it was the evening to change my life forever.

“I had been interested in all things genealogy since I was a child, with the guiding influence of my Urris grandmother. My strong interest in where I came from originated from her and I had been researching both sides of my family properly from the 1980s and still only in my early teens.

“While living in Dublin in the 1990s, I remember visiting both the National Library and the National Archives daily, doing family history research the old-fashioned way, before most databases were posted online.

“In Catherine’s first class, she talked of her own Clonmany grandmother and how she had influenced Catherine’s personal love of genealogy. Stories of PRONI (Public Record Office of Northern Ireland) and Belfast’s Linen Hall where she too had done research were so similar to my own, that I sat enthralled. Here was my genealogy kindred spirit and from that moment I knew she would become a massive part of my life.

“I remember helping her carry her books and folders to the car later that night, just so I could grab a few more minutes with her, earnestly discussing what I soon realised was her favourite topic too. Each evening I attended her course, followed a similar pattern. Her wonderful husband James (who also accompanied her all the way from Moira, County Down each night) also became a great friend. They both regaled me with stories of their respective lives, their own love story, their shared devotion to their family of nine daughters and their experience in business.

“Catherine became an extremely close friend, confidant and mentor from those early days hosting her family history course. Such was her influence too on our class, that it was decided to formalise our group and so “Clonmany Genealogy” was born – the name chosen by Catherine herself.

“This Facebook page was set up in her honour twelve years ago and has gone from strength to strength throughout Inishowen and of course worldwide. It is a true testament to Catherine and her impact on the history and heritage, her support for the group and for me as an individual that the page has managed to reach out to so many.

“My decision to quit my career in accountancy and to set up a genealogy business was due to the guidance that Catherine offered me in those early days. Her creativity, excellent business acumen and sound advice were invaluable.

“Her manta “Network, Network, Network” always stood me in good stead and I will never forget her introductions to the various people she suggested would assist me along the way. She was always the listening ear for the many teething problems in the initial stages and we shared numerous laughs over the years at the mistakes I made and learned from.

“My many trips to Dublin over the recent years have been made so much more enriching since Catherine and James moved to Mesphil Road, Dublin. The McWilliams Family have always been so welcoming, and it was a joy to meet up with them.

“Catherine and I would sit up to the wee small hours discussing this brick wall and that one, all the while planning our next days to be spent in the National Archives, the Valuation Office or the National Library. We dashed all over the city, fitting in as much as we could and all the while James would be preparing our meals for when we would return, excited by the day’s findings.

“Oh, to turn back the clock and enjoy those days once more. I have the very best memories of this most special lady and I will never, ever forget her influence on my life. I really do think of her every day. She is ever present in everything I do in my working life and will be ever more.

“It was with the greatest sadness that I learned from her daughter Francesca recently that her vibrant light of life was slowly ebbing away. I was devastated to hear early this morning that she had slipped away to eternal peace and that my dear, dear friend Catherine had taken her wings in heaven.

“Forever to be missed, her shining example in her beloved Clonmany will never dim and she will always be synonymous with excellent research, love of family history, making connections and sharing of knowledge. My tears today have been mixed with the joy of having known such an extraordinary woman. Her legacy will live on. Her final wish was to be laid to rest in Clonmany.

“Sympathies to my friend James who I know will miss her with all his heart. A man who was never more devoted to the love of his life. Hugs to her wonderful daughters, Antoinette, Catherine, Margaret, Lisa, Marthena, Carmel, Francesca, Olivia and Marion. Your Mum was so proud of each of you and the families you created. She thrilled in showing me the latest photos of you all and which new babies had been born since last we spoke! I’m sure your memories of her will help ease your pain at her loss.