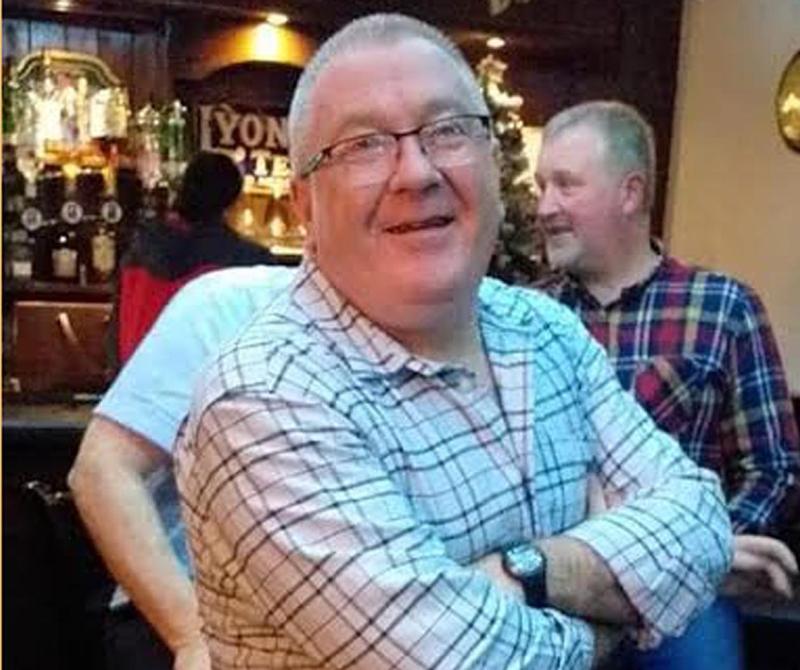 Tributes have been paid to Gerard (Gerry) O’Donnell, Hazelwood Drive, Letterkenny, following his sudden death last week.
A proud member and treasurer of Letterkenny Cycling Club, Gerry has been described as a positive, happy and engaging man who was so popular with all who knew him.
He passed away suddenly on a club cycle on Thursday last.
A native of Co. Cavan, Gerry worked in finance and was very well known in Letterkenny and across the county.
The following tribute was posted by Letterkenny Cycling Club:
“Our hearts are broken this week at the sad and sudden passing of our good friend and Letterkenny Cycling Club club treasurer Gerard (Gerry) O’ Donnell of Hazelwood drive, Lettekenny and Cavan.
A proud Cavan man, Gerry was the life and soul of the club and one of it’s greatest supporters. He passed away suddenly on a club cycle on Thursday.
He was devoted to his wife Fiona and daughter Niamh.
I remember Gerry when he came to Letterkenny as a young man to work with Woodchester Bank in Crossview House, moving later to Irish Permanent Building Society. Working next door, we would often meet in the mornings, Gerry with his engaging smile, spiky hair and cheery greeting.

Friendly face
More recently Gerry worked in finance and travelled the roads of the North and West of Ireland from Malin Head to Galway and the Midlands where he was a familiar and friendly face to hundreds of farming, construction, business and private clients.
He loved and spoke proudly of his home county and was delighted to bring a group of club members to his ‘patch’ on an annual 100km sportive in Arvagh where he knew the roads like the back of his hand.
Gerry was one of the most positive, happy and engaging men I have ever had the good fortune to know. If he wasn’t already smiling when you met him, he would have the sign of one on the corners of his mouth.
Tributes paid by members on the club messaging app yesterday described Gerry as “a lovely man”, “a great neighbour”, “a true gentleman, who was kind, gentle, humble and sincere”, “a great friend and cycling buddy”.
Paying tribute to Gerry, LCC club chairman, Sean McCrudden said, “We have lost our dear friend Gerry, a true gentleman who had a kind word for everyone and was a joy to be with”. - DD

Funeral
Gerry’s remains reposed at his late residence. Funeral from there took place on Monday for requiem Mass at 11am in St. Eunan's Cathedral, Letterkenny followed by burial in Cill Bhríde cemetery Leitirmacaward.
Beloved husband to wife Fiona (nee Melly), Gerry was a devoted father to daughter Niamh. Predeceased by parents Thomas and Mae, he will be sadly missed and forever remembered by his extended family members, good neighbours, work colleagues and many friends.