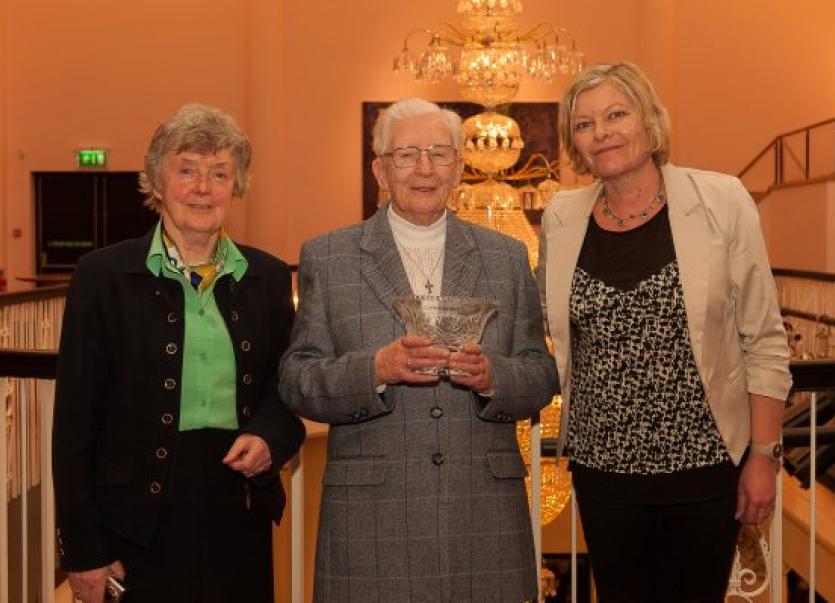 People involved in music across Donegal are mourning the death of Sr Concepta Murphy.

But this is also a day to reflect on her incredible legacy and the difference her vision, commitment and nurturing spirit made to young people in the county.

There is a saying here in Donegal that goes ‘You’re some woman for one woman’ and that certainly applies to Sr Concepta. The gift of music is a truly wonderful thing to have imparted to so many young Donegal people over the years.

Among those to pay tribute to Sr Concepta are well known musicians and music teachers, husband and wife Victor Yélamo and Orsi Szabó-Yélamo.

They told Donegal Live: “It is a very sad day for the music in Ireland with the sad news of the passing of Sr Concepta Murphy.

“She has been so important for the music here in Donegal, well before the Local Music Service was established in 2005. Then she was a force behind the advisory board committee of DMEP (just retired from it in 2019) helping with the running of all ensembles and music tuition.

“Always helping both students and teachers, sitting outside of the rooms during music lessons at the Abbey Vocational School, taking care of every single detail. She was there at the very first performance of the Donegal Chamber Orchestra, also at the Abbey VS, helping each student both during rehearsals and at the performance. She was there at our concert last Summer at Donegal Castle.

“She encouraged many students to take music lessons across the county, following and nurturing their progress. Many students have been touched directly from her kindness support.

"Her incansable volunteer work was recognized Nationwide when she got the Agnes O'Kane Award at the Irish Association of Youth Orchestra (IAYO)'s 20th Festival of Youth Orchestras at the National Concert Hall in 2015.

“Music in Donegal would have been very different as we know it today without the work and passion for music education and music making of Sister Concepta Murphy. We were lucky to know her and she will truly missed.”

Sr Concepta was a native of Kinsale, Co Cork. Her love of music was evident from an early age and she graduated from University College Dublin in 1960 with an Honours Degree in Music and Musicianship. She achieved a Diploma in Piano Performance from the Royal Irish Academy of Music also in 1960.

Always an interesting character, Sr Concepta certainly grabbed the attention of her first students at the Sacred Heart Secondary School in Ballyshannon when she arrived in a sports car to take up the post of music teacher.

But it was her love of music and her great ability to instil this in others that most endeared her to students. Sr Concepta soon established choirs and ensembles, and was a founding member of the acclaimed Ballyshannon Musical Society.

In 1984, her love of music and her religious calling combined when she travelled to Notre Dame, Indiana to study Sacred Music and Liturgy. This led to her helping to establish the Diocese of Raphoe Liturgical Music Committee

St Concepta had a great wish to make music education available and affordable to all young people in Donegal.

She worked closely with the late Jim Rafferty to make this a reality. Together they founded the Donegal School of Music in 1985 along with fellow committee members. The next step was a forum through which the young musicians could develop their performance skills. The Donegal Junior Orchestra was established, with instruments bought thanks to the Peace and Reconciliation fund.

The orchestra was the precursor for the Donegal Youth Orchestra which continues to go from strength to strength. It has played a huge part in the development of many young people who have gone on to enjoy careers in music. For others, it was a passion or hobby that helped them to develop great confidence that has stood them well on their chosen paths.

Sr Concepta will be fondly remembered by all who knew her, and her legacy will continue to be enjoyed by many more in the years to come.

She passed away peacefully after an illness. Funeral arrangements have not yet been announced.