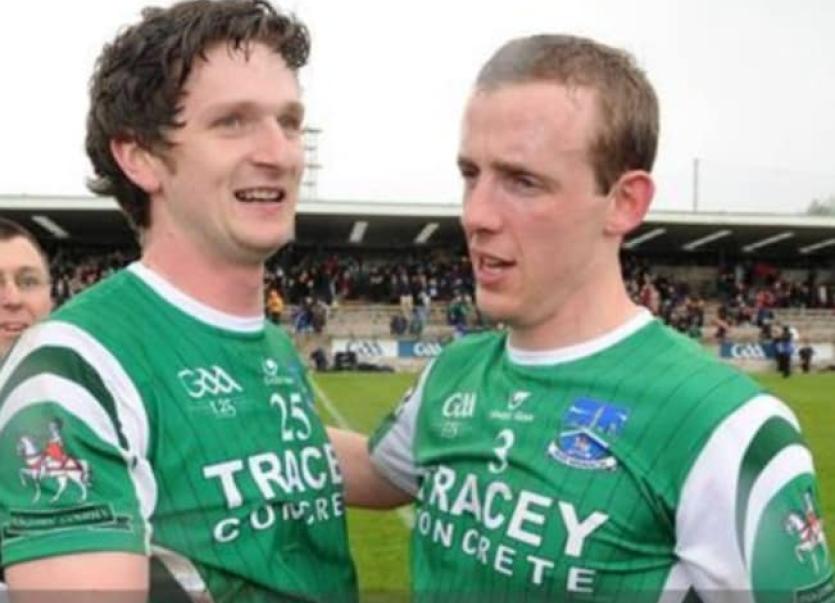 The community of Belleek on the Fermanagh-Donegal border is coming to terms with the tragic news that one of its young men died in a road traffic incident in South Africa.

Shane O'Brien was much loved by all who knew him.

Tributes are pouring in for the young man, among them this Facebook post by Erne Gaels GAA Club: "We are devastated to hear of the sudden passing of Shane O' Brien (SOB).

"As news filtered through yesterday the entire club and community of Belleek & Mulleek were shocked and saddened to hear of Shane's tragic passing.

"Loving son of Siobhan and Tommy; our hearts go out to Shane's parents and the entire O'Brien and Smith families.

"Shane played club football and hurling with Erne Gaels and county football with Fermanagh over the years until his work took him all over the world. Whenever Shane made it home over the last few years he kept up to date with the club football.

"We will keep Siobhan, Tommy and Shane's family and friends in our thoughts over the days and weeks ahead.

"The sky has gained another Shining Star.

Journalist Gerry McLaughlin who knew Mr O'Brien through his own involvement with Erne Gaels and Fermanagh GAA said: "There are no words Siobhan and Tommy to lessen the pain of the loss of your one and only blue-eyed boy Shane who has tragically passed away after a road traffic accident in South Africa.

"Our Shane, and I call him that with pride, as I had the privilege to coach him when he was just 13 and was centre field on a great Erne Gaels hurling team that won an Ulster Feile U-14 title, the only Ulster title won on the field by the club in 1998.

"He was a gifted hurler, a mannerly young lad who was totally committed with an enquiring mind and a great desire to be the very best he could be, and that was how he lived his life.

"Shane was always something special, very handsome, very witty, extremely intelligent with a great sense of fun and great sensitivity to the needs of others.

"Tall and fair-haired, he always stood out in a crowd and carried himself with natural effortless grace, a great speaker and a great listener and a leader on and off the field of play.

"He went on to play with distinction for Erne Gaels and Fermanagh senior footballers and his athleticism, pace and grace stood out...He moved like a Mercedes and could catch and finish with the best.

"Shane was highly gifted academically and was fluent in a few languages and worked at the highest levels all over Europe, but he always knew who he was and where he was from, and liked nothing better than coming home to Siobhan and Tommy and catching up with the lads in McMorrow's.

"But even though he was away and what he did was important, he was always our Shane, no airs or graces, with a ready quip to make others feel at home.

"Shane had all the gifts and all the graces and we should celebrate that the community around Belleek and Mulleek were proud to call him one of our brightest and best and one of our own.