There is much sadness in Donegal at the death of the former Principal of Killian NS, Vincent O’Donnell 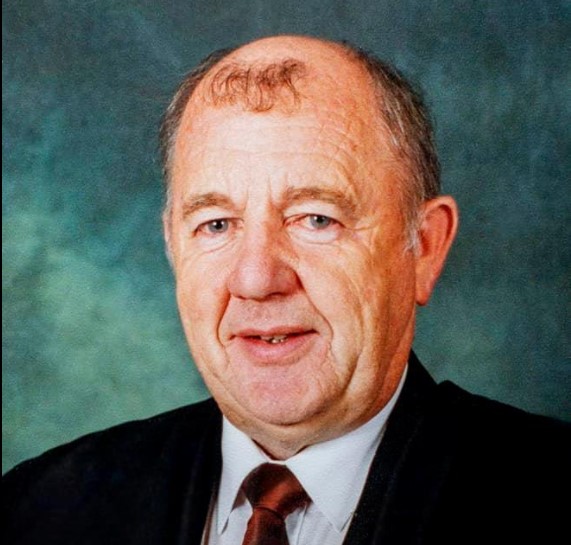 He was highly regarded in his local community where, as well as being Principal of Killian NS, he formed the Killian Band as a young teacher in 1968.

At the time of 50th Anniversary band celebrations in 2018, Mr O’Donnell spoke to Donegal Post reporter Siobhán McNamara about his love of music, and in particular, of marching bands.

Below is an extract from the article:

He said: “I came from a background where bands were a big thing. If you were there on Sharkey Street on St Patrick’s Day, there would be six bands and on Easter Monday there would be seven.”

With so much music around him, it was little wonder that the young Vincent O’Donnell was drawn to the marching band scene.

“Everyone wanted to be in a band, which was just as well because I wasn’t built for football!” he said with a smile.

Mr O’Donnell joined his first band at nine years of age and played locally until heading off to become a teacher.

His first taste of training a band came with an early teaching post in Kingscourt, Co Cavan.

“There was a band in the school,” said Mr O’Donnell. “The Principal was from Edeninfagh. He got me to train the band and that is where it began.”

From there, Mr O’Donnell moved to Inver to take up the post in Killian School where he would remain until his retirement 35 years later.

“I hoped to be out for St Patrick’s Day, 1969,” he said. “But one of the parents came to me and said ‘You better get the band ready quick. There is a priest being ordained on the last day of June.’

“The children worked hard to be ready in time and they marched out in front of the priest in their Aran jumpers. That was our first outing.

“We went for many years, marching on St Patrick’s Day and going to events all over the country.”

Back in those early days, Mr O’Donnell made a decision that may well be the reason that there is still such a strong sense of belonging and indeed, friendship between past members.

“There are bands I was involved in over the years that took things very seriously. It wasn’t a case of blood, sweat and tears. It was just the tears. I saw bands break up because of focusing too much on competitions. For me, music is something that should be enjoyed.

“With Killian Band we chose to sacrifice a certain amount of perfection so that the emphasis was always on fun, craic and enjoyment.”

Even so, keeping the band going for so long was not without its challenges.

“The school was located in a very rural area on the side of a mountain,” said Mr O’Donnell. “Normally I had around 40 children in the whole school, so I didn’t have many to draw on for the band. This made it very difficult for fundraising.  We were at a huge disadvantage compared to other bands in Donegal. But we had fantastic parents and it was very friendly because it was always like a family.

“And I have to say, we always enjoyed it. Other bands strive to win competitions. We don’t. We want the craic. There were several times that we were playing somewhere and called into a pub on the way home and spent the time singing and dancing until someone said it was home time.”

Following a chance encounter on the streets of London between Mr O’Donnell and a former band member in 2016, it became clear that there was an appetite to reform the band.

Killian Band was indeed reformed, and it was with great pride that they travelled to New York to take part in the most famous St Patrick’s Day parade in the world.

For Mr O’Donnell, this was a remarkable third time to participate in the New York parade.

At the time, he told the Donegal Post: “I first went with the Ranafast Band, playing the fife which is a B-flat flute.

“Then I went in 2002 playing pipes with the St Naul’s Pipe Band. Now I am playing accordion with Killian Band. That must be some kind of record, three different instruments in three different bands. I am looking forward to it.”

Mr O’Donnell was immensely proud of his former pupils, and of the enthusiasm with which they embraced the reunion.

In that same interview, he said: “I feel so very privileged that these are my past pupils. I am privileged as their Principal and teacher that so much friendship is still there.

“A teacher has phrases that he or she uses regularly and of course, I had my own. Sometimes if they get the opportunity, they say those things back to me. But I remember things about them too. It is all very light-hearted and fun.”

Mr O'Donnell also had a great love of photography. Combining this with his natural warmth and genuine interest in people and places allowed him to compile a unique record of the social history of south and west Donegal.

He has taken hundreds if not thousands of photographs over the decades, some of which were published in the Donegal Post, Donegal Democrat and DonegalLive.ie as part of our Snapshots competition a few years ago.

Mr O'Donnell was known too for his great love of his native tongue, and he wrote and spoke his lovely west Donegal Irish proudly.

Vincent O’Donnell will be greatly missed by all who knew him, especially his wife Annette, sons Rory and Colm, extended family, neighbours and friends.

Due to government and HSE guidelines, wake and funeral are private to family only please, with a maximum of 50 people permitted at the funeral. The funeral Mass will be live-streamed on the St Naul's parish Inver Facebook page.