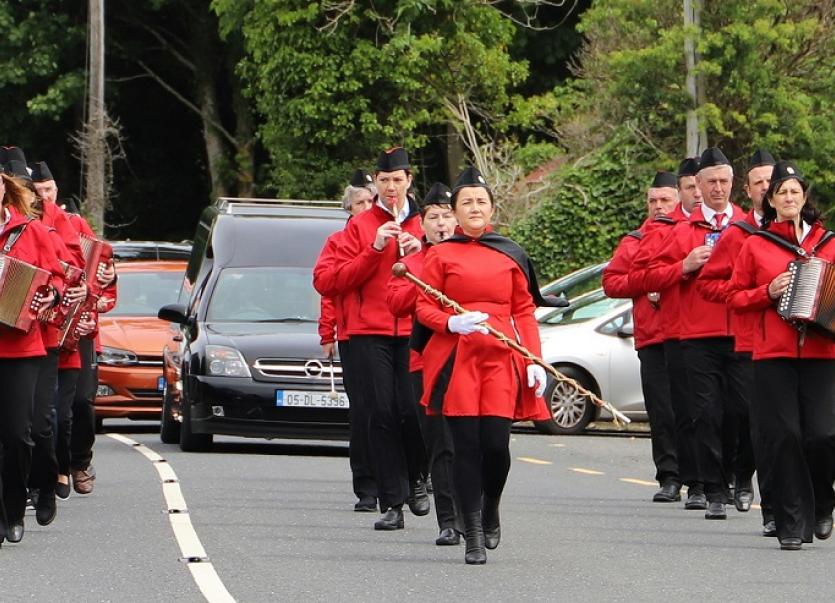 There was much sadness in Donegal as former Principal of Killian NS and leader of Killian Band, Vincent O’Donnell was laid to rest.

The lead celebrant was Fr Morty O'Shea SOLT, who was joined by five concelebrating priests for Requiem Mass.

Fr Morty recalled his friend Vincent O’Donnell as a man of great intelligence who accomplished so much in his life.

“Vincent broke into computers a long time ago when computers were only to be found in universities and in big business and banks and health care systems,” said Fr O’Shea.

He also spoke of three history books written by Mr O’Donnell, including one about the history of St Naul’s church and his connection to the area.

Mr O’Donnell wrote academic books too, and had co-authored books for the Department of Education on the Irish language.

Fr O’Shea continued: “After his illustrious teaching career Vincent was seconded by the Department of Education to do research into different dialects of the Irish language found in Ireland and obviously to preserve the domain of the dialects here in Donegal.”

Always a man to roll up his sleeves and get stuck in, mourners were reminded that Mr O’Donnell had built his own home despite having no building experience.

“It is as good as any other house and it is still standing,” said Fr O’Shea.

The priest also recalled the proud day when Mr O’Donnell was awarded the bene merenti, a Papal award presented to him by Bishop Alan McGuckian in 2019. 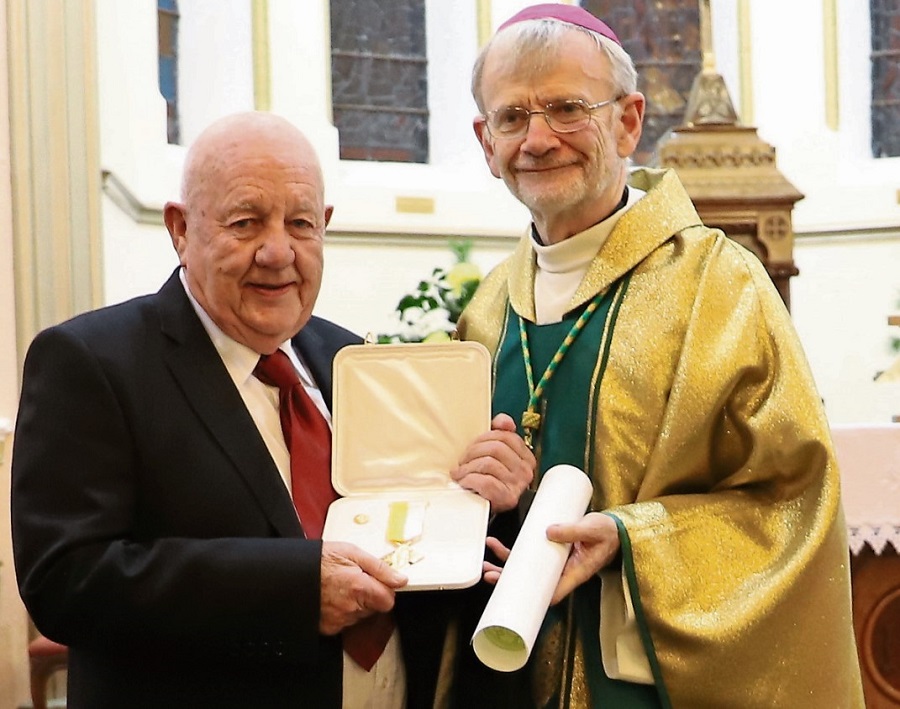 Mr O’Donnell was highly regarded in his local community where, as well as being Principal of Killian NS, he formed the Killian Band as a young teacher in 1968.

At the time of 50th Anniversary band celebrations in 2018, Mr O’Donnell spoke to reporter Siobhán McNamara about his love of music, and in particular, of marching bands.

Mr O’Donnell joined his first band at nine years of age and played locally until heading off to become a teacher.

He started Killian Band on March 1, 1968 after taking up a teaching post in Killian School where he would remain until his retirement 35 years later. With a focus on enjoyment, the band lasted through many challenges, with generations of musicians being part of the Killian Band story.

The band reformed following a chance encounter on the streets of London between Mr O’Donnell and a former band member in 2016. They travelled to New York in 2018 to take part in the St Patrick's Day Parade.

For Mr O’Donnell, this was a remarkable third time to participate in the New York parade. He first went with the Ranafast Band playing the fife, then as a piper with St Naul’s Pipe Band, and finally, playing the accordion with Killian Band.

Mr O'Donnell’s many interests included a great love of photography and he compiled a unique photographic record of the social history of south and west Donegal.

He had a great sense of fun and adventure which was epitomised through his travels in his beloved mini.

Vincent O’Donnell will be greatly missed by all whose lives he touched, especially his wife Annette, sons Rory and Colm, extended family, neighbours and friends.

He suffered from Motor Neurone Disease in his later years. Anyone who wishes to make a donation to the Irish Motor Neurone Association in his memory can do so c/o Gallagher Funeral Directors, Mountcharles or any family member.

See also: Huge sadness at death of Donegal man who touched many lives through his teaching and music