Shades of the Etihad on Arranmore 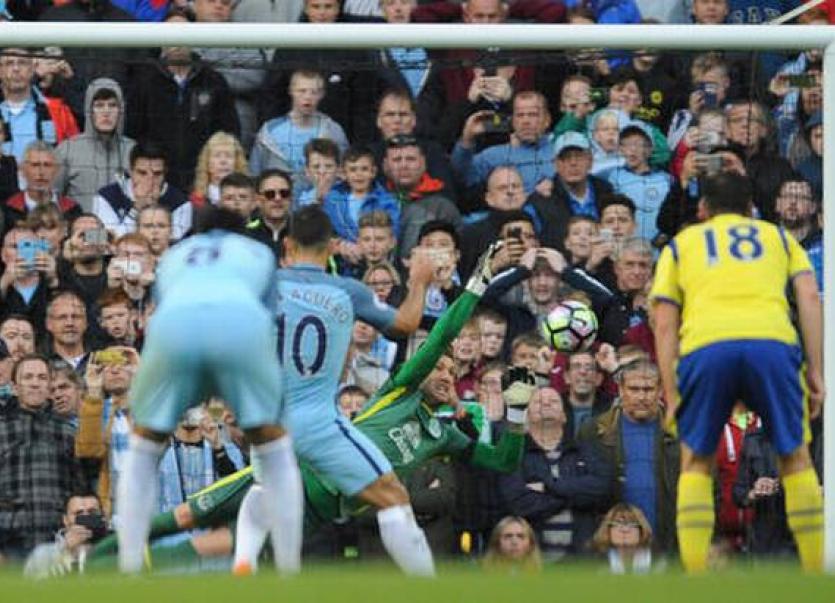 There were shades of the Etihad as Arranmore United and Glencar Celtic shared the points in a great game at Ranagh Park in the top division in the Saturday League at the weekend.
Just as Manchester City missed two penalties against Everton on Saturday, Glencar saw two penalties saved by Arranmore’s keeper, Johnny Greene.
Glencar missed their first penalty 18 minutes in and then with ten minutes to go, Greene made another brilliant penalty stop,.
With neither side managing to take full points, the big winners in this division were Orchard FC who stay top of the table.
Fintown Harps are second, two points off the top.
In the Reserve Division, the top two won again with Glenea United defeating Kilmacrennan 5-0 and Castlefinn Celtic beating Erne Wanderers 2-1.
Glenea, who have played two games more than Castlefinn, had little trouble against Kilmacrennan with Aodhan Ferry, Jason McGee, Martin Ferry (2) and Ciaran McFadden getting the goals.
Martin Owens and Matthew O’Rourke scored for Castlefinn Celtic as they won 2-1 against Erne.
Donegal Town and Drumoghill FC played out an exciting 2-2 draw at Hospital Field. Ciaran Monaghan and Ben Sweeney got the goals for Donegal, Ross Hamlyn and Mark Gibson scored for Drumoghill.
Ryan Greene scored a hat-trick as Keadue Rovers beat Milford United 4-1. James Boyle go the other Keadue goal.
And there was a big win too for Cappry Rovers against St. Catherine’s. Shane Laverty, Shane O'Donnell, Conor Laverty and Gerard Melaugh scored in a 4-0 victory.