Visitors urged to be cautious at iconic Wee House of Malin 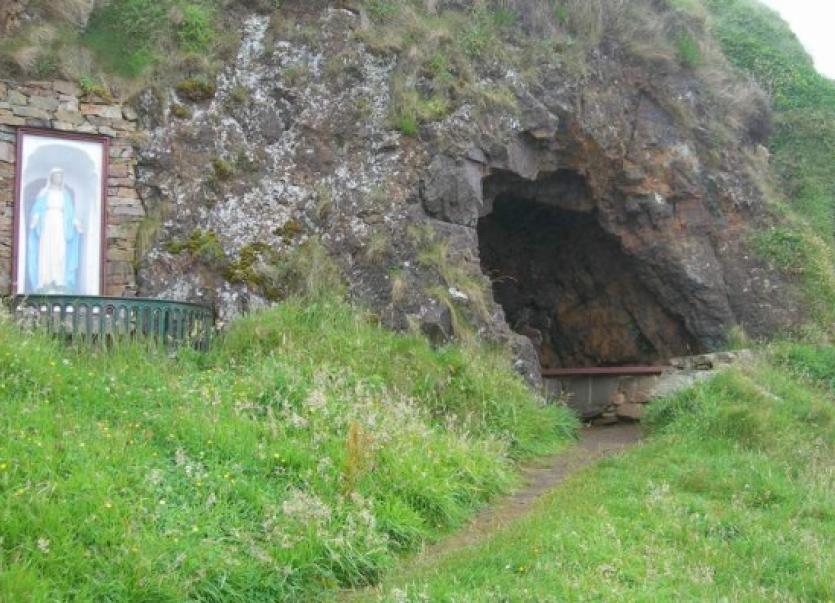 Roof collapses at The Wee House of Malin

Visitors to Ireland's most northerly sacred site, which includes a caved shrine, a holy well and the ruins of an ancient church, have been urged to exercise caution.

According to Ali Farren, manager of Malin Head Community Centre, anyone visiting Inishowen's iconic Wee House of Malin should “take care as part of the roof has fallen in and it may be in a perilous condition.”

Mr Farren said: “I would urge anyone visiting the Wee House of Malin in the coming weeks to take great care. Part of the roof has fallen in and the rest of the cave could be in a bad way.

“I would also ask parents and guardians not to let children into the cave as it is very dangerous at the moment.”

An ancient pilgrimage destination, local people feel the Wee House of Malin would be a “great loss” if it was not repaired.

The Wee House is on private property, however actual ownership and duty of care of the Wee House of Malin is currently unclear.

The nearby Holy Well at Ballygorman is included on the Historic Environment Viewer of the Department of Culture, Heritage and the Gaeltacht.

It is described as Tobar Muireadagh, a circular pool, 1.75m in diameter in the rocks along the shore.

In 1936 The historian Ó Muirgheasa wrote: “The oldest inhabitants say that formerly the Turus was made on May Eve and Mid-Summer Eve, both suggesting that it was a Pre-Christian resort. Magh Tochair in his book, 'Inishowen' says the Well is said to have been blessed by St Muirdhealach.”

In June past the Malin Well Conservation Group was successful in getting the adjacent Malin Well Old Church included on the Heritage Council's Adopt a Monument Programme. The Group is hoping to further research the story of the site and work with professionals to carry out conservation work to ensure the protection of the site.

The Wee House of Malin is a small cave carved into the cliff face. It is home the Marian statue from the schoolhouse on the island of Inishtrahull, 10 km north east of Malin Head, brought ashore when its last inhabitant came out to the mainland in 1929.

It contains rough stone seats all around the interior and legend claims it accommodates all who go into it. It is suggested St Muirdhealach was the hermit who lived in the cave and in 1752 renowned Englishman, Bishop Pocoke wrote: “Muirdhealach lived in a cave in the rock of the cliff where poor people come for cure.”