Smashing enhanced his Cheltenham Festival profile with a clean-cut victory in the Red Mills Chase at Gowran Park. 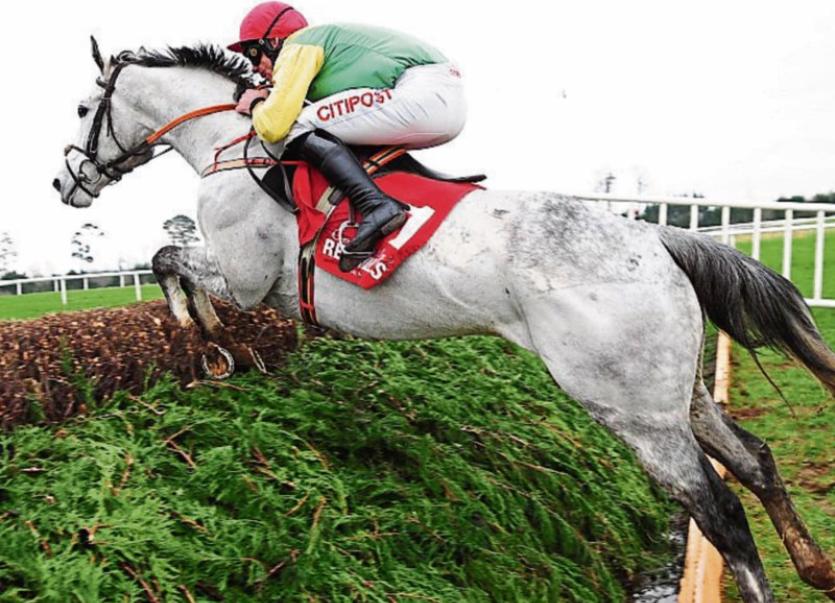 Trained by Henry de Bromhead, the seven-year-old made all of the running under Davy Russell to impressively bring up a hat-trick.

Morning Assembly made an honourable fist of things but he could not live with Smashing, who drew handsomely clear three fences from home as the 9-10 favourite - eventually winning by 11 lengths.

Smashing holds an entry in the Ryanair Chase at the Cheltenham Festival, for which he is now available at around the 10-1 mark.

De Bromhead said: "I thought his jumping was brilliant - spectacular.

"He's a real good horse on that ground. We have to see whether he can translate that to better ground.

"He was fourth in the Coral Cup on better ground and obviously I ran him in completely the wrong race last year, in the Arkle, where he got lost.

"I don't think he'll be as effective on better ground but I always think the worst.

When asked about running him in the Ryanair, De Bromhead added: "I'd imagine we have no option now on ratings and we'll see how things unfold."

Rory O'Moore and Sizing Tennessee cut out most of the running in the Grade Two over two miles, but Willie Mullins' 2-7 market leader always had the measure of that duo.

Bentelimar gained an advantage approaching the second-last flight, at which point Sizing Tennessee fell, but Sempre Medici and Ruby Walsh had more quality, with seven lengths the winning distance.

Patrick Mullins, the winning trainer's son and assistant, said: "It was a little harder than expected.

"The ground is very tacky and being a Flat horse it probably wouldn't suit him.

"He showed a good attitude and I'd imagine he'll be on the boat for the Champion Hurdle. He should improve for better ground.

"Hopefully he should pick up plenty of races after Cheltenham as well.

"We were wondering a bit going to the last - would he capsize? - but he battled well."

Toushan toughs it out from the front at Gowran

Roger Loughran found a very willing partner in Toushan as they battled to victory in the At THe Races Careys Cottage Cup Handicap Chase at Gowran.

Tom Foley's 4-1 chance was always to the fore in a race where the whole field remained tightly packed up until the final three fences in the home straight.

That meant Loughran had a number of dangers to contend with in the closing stages, but Toushan kept finding more to repel Witness Of Fashion by half a length.

Local handler Foley said: "We said at the start that we'd go for the hurdle and then when we saw the entries thought maybe the chase might be the one. Yesterday we were sorry we didn't go for the hurdle the way it cut up.

"It's nice to get the win as he's after being unlucky. He fell twice and is probably as good a jumper as you ever put over a fence.

"Where he goes now will depend on what the handicapper does."

Newberry New ground his rivals into submission in the Sea Moon And Shantou At Burgage Stud Maiden Hurdle.

Robbie Power was happy to cut out the running on Jessica Harrington's 11-10 favourite, and after kicking clear on the turn for home, he came home 15 lengths clear of Oiche Maith Boy.

Mullins registered a double on this card 12 months ago and Ireland's champion trainer was on target straight away with Open Eagle (4-7 favourite) to make it seven winners from his last 10 runners at the track.

Runner-up to stablemate Thomas Hobson on this course last month, the seven-year-old went one better with the minimum of fuss.

Kilcullen Flem led two out, but was reeled in by Open Eagle and Mystical Knight.

But Mullins' inmate was always going the better and cruised into the lead before the final flight under a confident Paul Townend ride.

Though Open Eagle got in close to the obstacle it failed to stop his momentum and he passed the post three and three-quarter lengths to the good.

"It was straightforward enough. It's what we hoped he'd do," Townend told Racing UK.

"He picked up nicely off the bend. He jumped well on the whole, fiddled the last. I didn't want to do anything stupid at that stage.

"He came here and did it. We didn't learn any more than we knew, but he was impressive, I thought.

"He was a stayer on the Flat and he stays over hurdles as well. He settled, which is a big help as well. He's a nice horse."

Open Eagle was slashed to 14-1 from 33-1 by Paddy Power for the Albert Bartlett Novices' Hurdle at the Cheltenham Festival.

Jessber's Dream looked like making all the running but a mistake at the wrong time let in Jamie Moore on Flute Bowl, who kept on dourly on the flat to take this Listed prize by a length and a quarter

Irish raider Jennies Jewel was another length and three-quarters back in third.