Dsane among the goals again as Harps gain valuable win 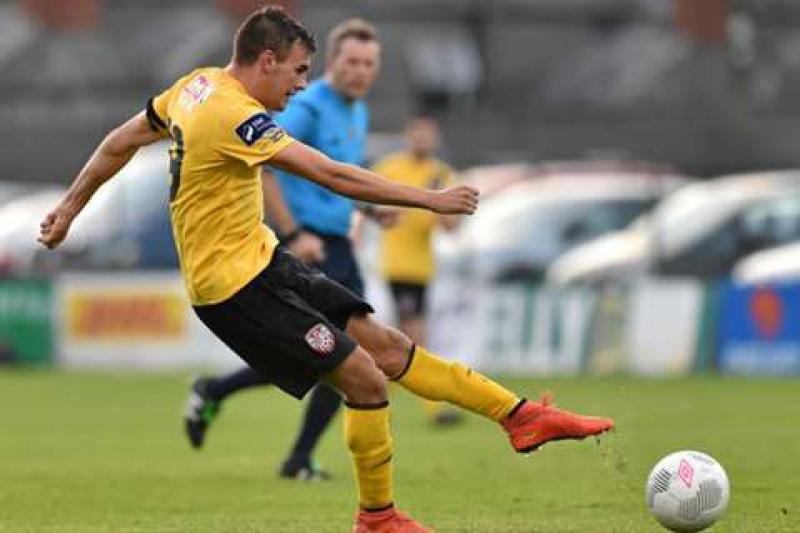 Only hours after his signing was confirmed by Finn Harps, Mark Timlin marked his debut with one of the goals as the Donegal club recorded a crucial victory at Bray Wanderers on Friday night.

In another rip-roaring encounter at the Carlisle Grounds, another new signing, Ibrahim Keita was also among the goals for Ollie Horgan's men.

The Frenchman came off the bench to put Harps 3-1 in front against a Bray side who had goalkeeper Peter Cherrie sent off on 62 minutes.

But Bray struck for a second late on to ensure it was a nervy finish for the visitors.

Bray had won 5-3 when the sides met in Wicklow earlier in the season. And Friday night's game was another hugely entertaining encounter.

It was a dream debut for Buncrana man Timlin who on Monday night was among the Derry City substitutes as City won the North West derby at Finn Park.

He trained with Harps on Wednesday night and his transfer was ratified by the FAI on Friday afternoon, freeing him up to make his Harps debut at the Carlisle Grounds.

His goal came on the stroke of half-time and put Harps 2-0 in front. His free-kick went straight through the wall and in past Cherrie in the home goal.

It got worse for the Bray keeper just after the hour when he was sent off after bringing down Eddie Dsane outside the Bray penalty area. The challenge left referee Anthony Buttimer with little option but to show Cherrie red. Down to ten men, and two goals behind, it didn't look good for the troubled Wicklow outfit.

However, they hit back on 70 minutes when Aaron Greene's effort beat Ciaran Gallagher.

But Harps responded with a goal of their own, Keita finding the net shortly after replacing Dsane in attack.

Bray however, refused to throw in the towel and Ryan Brennan scored a second for them on 89 minutes. But it wasn't enough to deny Harps an eighth win of the campaign

Ollie Horgan's side had made three changes from the side that lost against Derry City with Timlin, Paddy McCourt and Barry Molloy all included from the start.

McCourt was very prominent in the opening half and after chances for Dsane and Ethan Boyle, McCourt released Dsane in on goal on 24 minutes and the striker delicately lifted the ball over Cherrie and into the net.

Bray almost drew level soon after but Ethan Boyle somehow managed to take the ball off the line to deny Anto Flood.

Harps however, pounced for a second just before the break when Timlin's free-kick found the net.

It all looked so good for Harps at that stage, and they eventually took the three points, despite making hard work of it in the second half against the ten men of Bray.