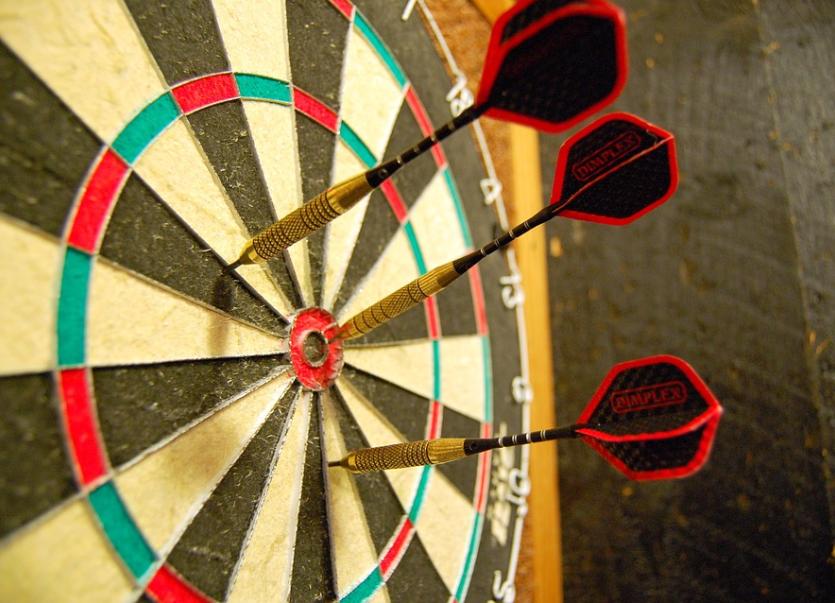 2019 Leo Molloy Memorial Tournament
Saturday 9th March registrations at 3pm in Kilcar House first matches at 4pm, €10 entry fee.
At least €1,000 in prizes with €600 for the winner!
Pre entry in Kilcar House, John Joes Bar from Kenneth at 086-8361698, James at 086-9969256.
It was 20 year ago in December past that Leo Molloy left us to soon so to mark that anniversary it would be great to see his old teammates, opponents etc at this year’s event. Since 2000 we have seen some of the biggest names in darts travel to Kilcar to play in the Leo Molloy Memorial Darts Tournament, Leo who was the first manager to manage Donegal to an All-Ireland title in 1998 Leo was well liked and respected in the world of darts and was heavily involved in the South West area with reforming the league in the early 1990s and helping to run tournaments including the famous Norman Blaine Competition which was one of the biggest in Ireland at the time, but he was sadly taken at a young age and this tournament is a fitting tribute to him as we prepare for the 19th hosting of this tournament.
PDC star Brendan Dolan has won this tournament four times while ex BDO player Martin McCloskey has won it three times, next on the list is John Menchia Gallagher. This year’s tournament promises to be one of the most competitive ever with the rise in talented youth players in the area mixed with players from the North West and beyond it promises to be a great day of darts.