Donegal striker is going places with Ireland's top side - Gill

Inishowen player is making a name for himself 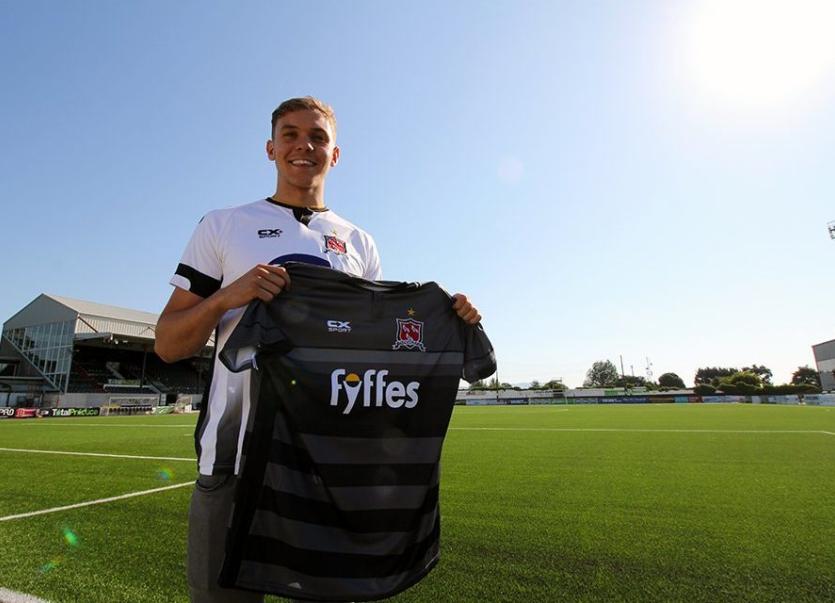 Dundalk's Georgie Kelly is in great form at present

Georgie Kelly, the Donegal striker who plays with treble chasing Dundalk, is being tipped to reach the top.

The 22-year-old is getting more and more appearances and is making a real impact with the best club in the land.

And Dundalk first team coach John Gill is one of the those who believes that the future is indeed very bright for the Inishowen man.

“He has scored in almost every game that he has started,” he said.

“At times he does not believe how good he is. He is an absolute specimen of a centre-forward and he is a baby in relatively terms to this level of football. He is only to going to get better, and he will get better here.”

And he added: “He’s a lovely kid, has a great demeanour, and he is son-in-law material!”

Last Friday, Kelly got the winner for Dundalk as they defeated Cork City to open up a 10 point lead at the top of the SSE Airtricity League table.

The striker scored within a minute of his introduction when Patrick McEleney’s cross was played back across goal by Sean Gannon, with Kelly diving in to head past Tadgh Ryan.

The win means Dundalk can now retain their title if they win their next two matches away to Waterford FC on Friday September 20th and home to Shamrock Rovers on Monday September 23rd.

Dundalk are also in the FAI Cup semi-finals and this Saturday face Derry City in the EA Sports League Cup Final.

Kelly is certainly one to watch.

The Burnfoot native broke into the senior soccer scene back in 2015 when he made three league appearances with Derry City.

He was then lured to UCD after being offered a soccer scholarship and was top scorer, before putting pen to sign for Dundalk last year.