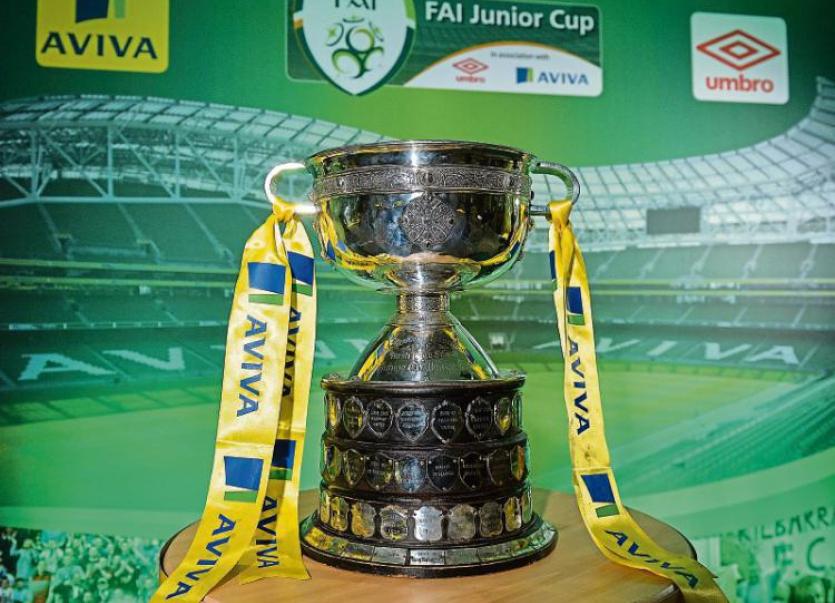 Note: A number of clubs did not submit reports in time.

The tie of the round in the FAI Junior Cup was between Kildrum Tigers and Kilmacrennan Celtic.

On 10 minutes Daire Mc Daid of Kilmacrennan missed a great chance when his effort went wide.

But in the 14th minute when Kildrum Tigers got a free-kick out on the left-wing. Oran Higgins whipped it into the box and Damien Crossan headed it home to make it 1-0 to Kildrum.

On 22 minutes Christy Conaghan had a great chance to level it for Kilmacrennan but he blasted over the bar.

Oran Higgins then won the ball in midfield and sent a great pass to William Lynch and he made no mistake to double Kildrum’s advantage.

After this it was end to end stuff but with no real chances. William Lynch was then sent off after receiving a second yellow card.

Kilmacrennan piled the pressure on Kildrum looking to get back into the game but Kildrum held firm and in the 88th minute Conor Crossan got the ball to his feet and he hit it low and hard to giving the keeper no chance.

Cranford went through after a hard-fought encounter in Orchard Park.

Cranford took the lead from the penalty spot when Kevin Doherty was fouled by Harps’ keeper Oisin Crawford. Chris Carr fired home from the spot. Cranford then suffered a blow when a player was shown a red card but they still pressed.

Cranford started the second half well. Kevin Doherty broke through but shot narrowly wide. Cranford were awarded a second penalty on sixty-five minutes.  David O' Donnell converted this one.

Cranford still held an edge but Lagan kept going and grabbed a goal on 85minutes. Seamie Cullen sent over a great cross and when it broke loose Jack Canning fired home. Lagan pushed but Cranford held firm and always threatened on the counter.

For Lagan Barney Meehan and Ruairi Crawford were best. Kevin Doherty and Chris Carr did well for Cranford.