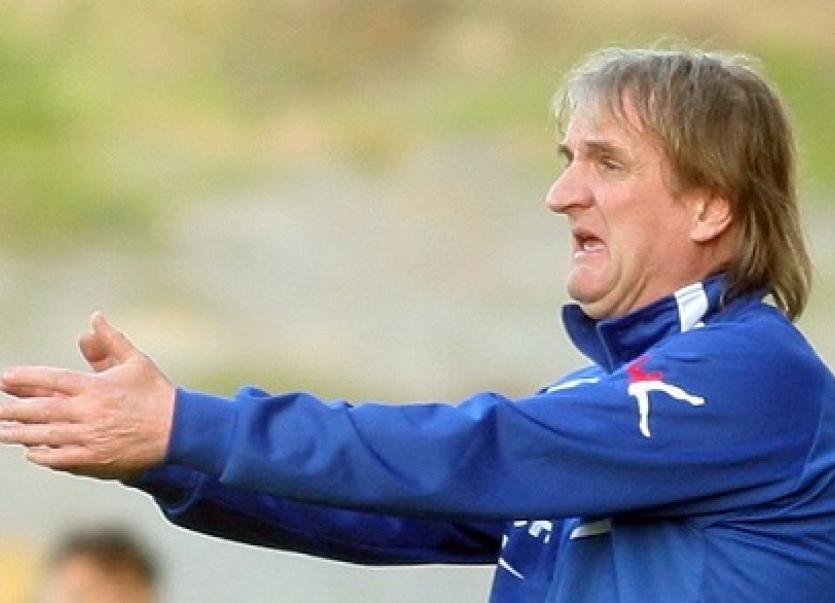 Ollie Horgan's side don't need the points, but Derry do

Finn Harps could deny Derry City a place in next year's Europa League.

In a an end-of-season twist, City lost their penultimate league game 3-1 at home to St. Patrick's Athletic on Tuesday night.

That result keeps them fourth but the Saints are just two points behind with one game to play.

Derry face Harps in the final league game of the season for both sides at the Ryan McBride Brandywell Stadium on Friday.

The Candystripes need only a point to guarantee fourth spot and European football (they have a far superior goal difference to St. Pat's) no matter what happens to the Dublin club in their last outing, which is away to champions Dundalk.

Harps will finish second bottom irrespective of their result against Derry, and are already through to the promotion/relegation play-off.

For much of the season Harps were dreading the final day trip to Derry, fearing they might need a result to avoid automatic relegation.

But now the pressure is on Derry.

If Harps beat Derry and St. Pat's beat Dundalk then Derry will miss out on European football.

However, Harps have a terrible record against their north-west rivals.

And with one eye on the play-offs - and a weakened team likely for the final game - it would be the shock of the season if Derry slipped up.

David Parkhouse put Derry ahead in the second half before Chris Forrester equalised.

Doona then struck twice to silence the Brandywell faithful.