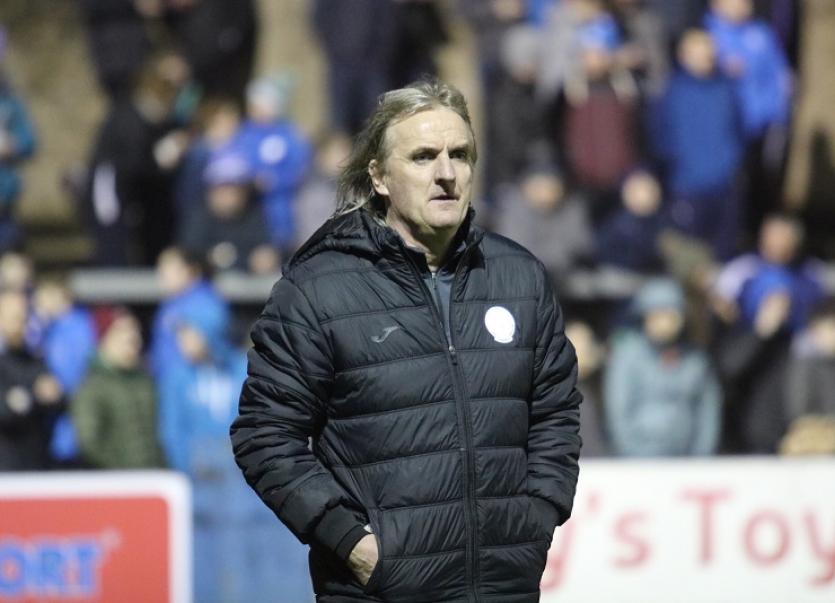 Ollie Horgan's Harps have a play-off on Monday

It was the final round of matches in the SSE Airtricity League and while Finn Harps suffered a 4-0 defeat away to Derry City, it meant little to the Donegal side.

Having escaped automatic relegation and having secured the relegation play-off spot, this result had no bearing on their place in the table.

Derry, though, finish fourth and that means a revenue boost with entry into the Europa League qualifiers next season.

Harps are solely concerned with staying up and that will mean winning the Promotion/Relegation Play-off Final.

They will face Drogheda United at United Park on Bank Holiday Monday at 7.45 pm in the first-leg while the second-leg will be at Finn Park next Friday.

Drogheda thumped Cabinteely 5-1 in the second leg of the First Division play-offs, having drawn 1-1 in the first leg, so win 6-2 on aggregate.

St. Pat’s went into the game with a mathematical chance of catching Derry for fourth spot, but the Lilywhites were just too slick and deserved their win.

Dane Massey and John Mountney scored in the first half while Brendan Clarke was credited with an own goal after the break before Donegal striker Georgie Kelly put the icing on the cake for Dundalk who are still chasing the treble.

They play Shamrock Rovers in the FAI Cup Final on Sunday, November 3rd.

Dundalk, Shamrock Rovers, Bohemians and Derry City will play in Europe next season.

UCD are relegated and will be replaced by First Division champions Shelbourne.

The winner of the Finn Harps-Drogheda United play-off games will be in the Premier Division next season while the losers will be in Division One.