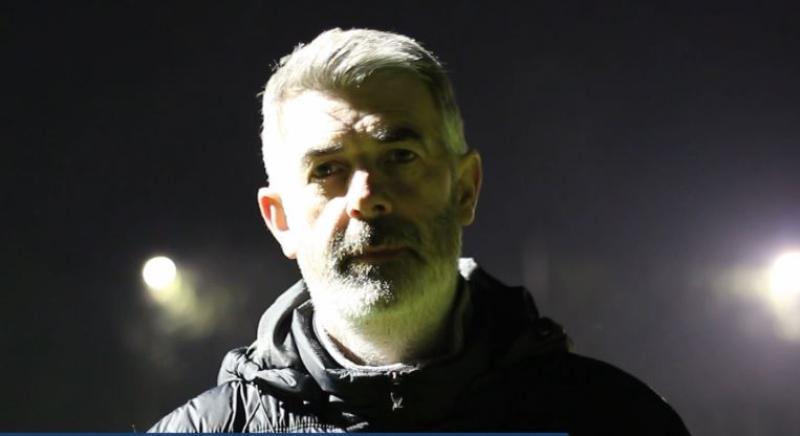 Finn Harps have announced the appointment of a new under-19 head coach.

Tommy Canning takes over the position following the departure of Joe Boyle.

Canning has been working with Sion Swifts ladies, who came second in the National League, only losing out on the title on goal difference.

Canning said: “I am delighted to be back at the club again, looking forward to working with the U19s squad and the rest of the Academy staff and the 2020 season.  The standard of the players is very high from what I saw so far and have been told by Kevin. I will look to put my own stamp on things and do things in the way that I see football being played."

And he continued: "Every coach has his own way, everything is based on a foundation of hard work and a high intensity game with as much possession as possible.  The bigger picture for these boys is to get them closer to senior football, that’s what they want and that’s what they are at the club for, because that last step from U19 to senior is often the hardest.  We need them to understand what it takes to become a senior footballer.”

Canning was most recently working with Sion Swifts ladies but reflects fondly on his previous time at Finn Park. “I loved my time here as first team coach with Ollie.  It didn’t fit in with family life at the time but Kevin contacted me about this opportunity and I am glad to be part of it," he said.

Meanwhile, the Finn Harps Head of Academy, Kevin McHugh welcomed Tommy back to Finn Harps saying, “On behalf of the club and academy I am delighted to welcome Tommy as our new head coach of U19 squad for 2020 season, Tommy brings a wealth of experience, energy and enthusiasm to the job, having been at Finn Harps before at underage and senior level, not to mention his role in transforming women's national league football for Sion Swifts over past 4-5 years.

"He knows the area, he knows the standards required and he will get to know the players over the coming months before selecting his squad.  It’s been a hectic few weeks within the Academy with assessments and head coach roles becoming available.  But we’re making great progress and will appoint an U17 head coach in the coming weeks also.”