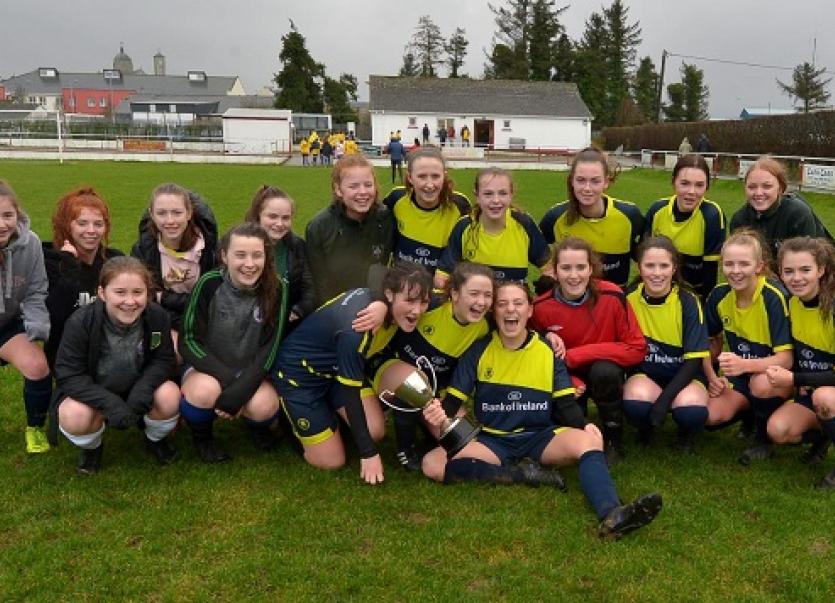 In a thrilling final at Carndonagh's St Patrick's Park on Thursday afternoon, they beat Inishowen neighbours Scoil Mhuire of Buncrana 5-2.

In what was a tight match throughout, the Mhuire girls opened the scoring on 15 minutes with an Aoife Gallanagh strike, but Ireland international Kerry Brown equalised for Moville five minutes later before a 30-yard screamer from Erin Coyle put them 2-1 ahead at half time.

A Niamh McDonald strike ten minutes into the second half made it 3-1 for Moville, but the battling Buncrana girls never gave up and Emma Doherty netted to get it back to 3-2.

With five minutes to go and the action swinging back and forth, Moville's Kate McClenaghan struck for the crucial goal to put them 4-2 ahead, then Brown grabbed her second on the stroke of full time to put the gloss on proceedings.

The squad, managed by Margaret Mulhall, will now play either Athlone CC or Presentation SS of Kilkenny in the national semi-final on January 28.

If they go all the way, it would be the second successive senior girls national title for the school.

It's been a good week for the Hegarty family of Greencastle. Moville captain Ellen Hegarty's big brother is Christy, whose extra time winner for Greencastle FC on Sunday dumped holders St Michael's out of the FAI Junior Cup.