Donegal driver on the podium in the Galway International Rally 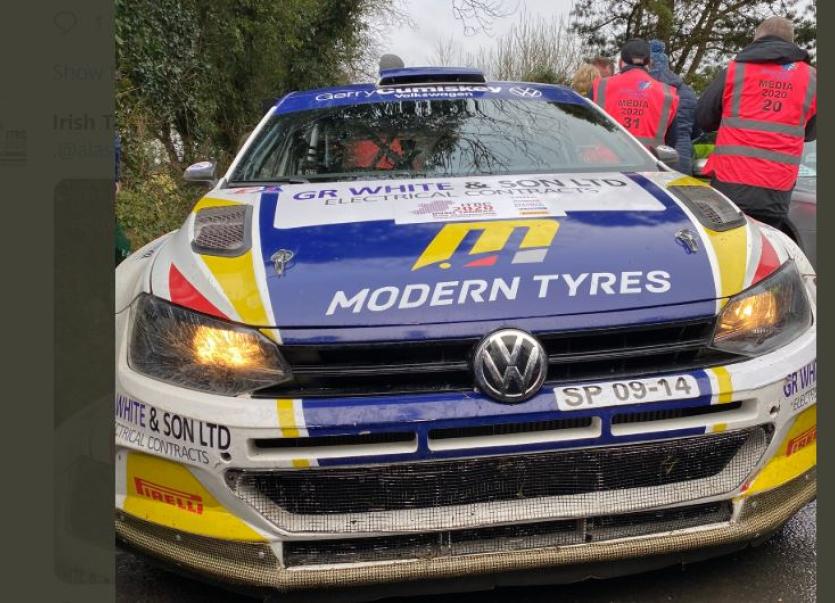 The rally was won by Alistair Fisher

Alistair Fisher and Gordon Noble in a VW Polo GTI R5 won the Galway International Rally with 21 seconds to spare ahead of Sam Moffett and James Fulton in a Hyundai i20 R5.

Donegal's Donagh Kelly and Conor Foley (Monaghan), in a VW Polo, were third, less than two seconds further back.

It was the first time in 21 years that a Fisher has won this famous event.

This was the first event in this year's Irish Tarmac Rallying Championship.

The National Rally was won by Jason McSweeney and Liam Brennan in a Ford Fiesta.

Inishowen's Joe McMcGonigle went out with suspension damage in the sixth of the nine stages.

The big news from Parc Ferme before the event got underway was that number one seed Garry Jennings was a non-starter.