Flood of support for popular driver as he made his decision 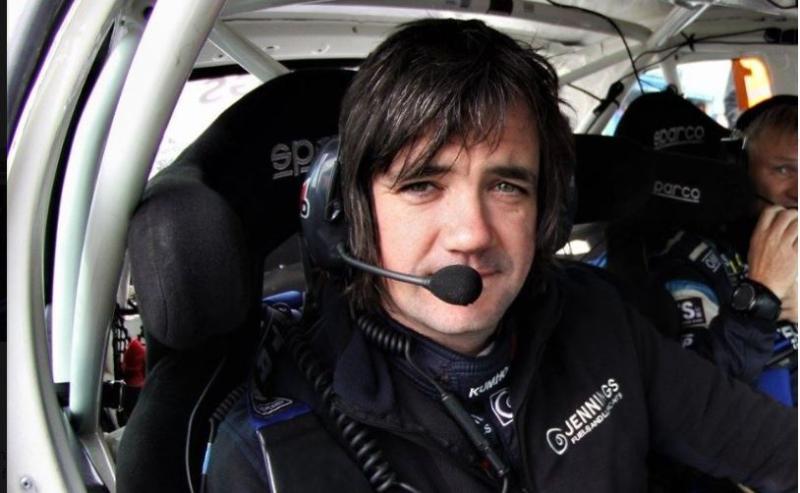 Jennings, who was the top seed, was a close friend of Manus Kelly who was tragically killed in an accident in the Donegal International Rally last summer.

Jennings was set to return to action today with Letterkenny co-driver Rory Kennedy, but then announced he was not starting. In a post on social media, Jennings, a two-time Galway Rally winner and a former Irish Tarmac champion, said he was still undecided what his future involvement in the sport would be. 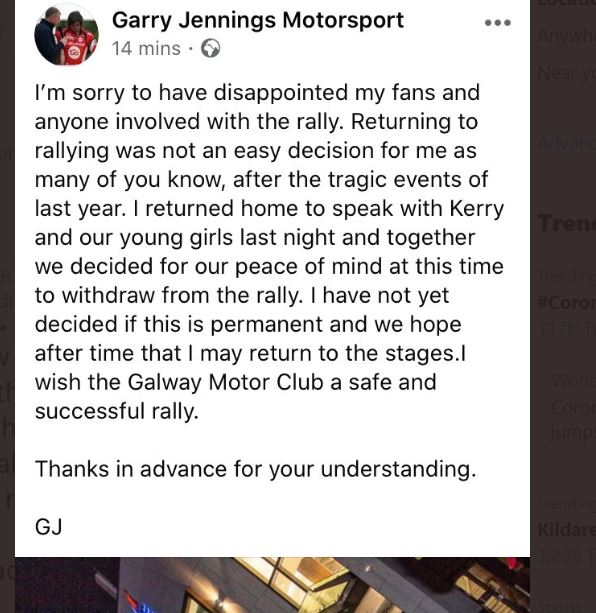 "I’m sorry to have disappointed my fans and anyone involved with the rally," he said.

"Returning to rallying was not an easy decision for me as many of you know, after the tragic events of last year.

"I returned home to speak with Kerry and our young girls last night (Saturday) and together we decided for our peace of mind at this time to withdraw from the rally.

"I have not yet decided if this is permanent and we hope after time that I may return to the stages.I wish the Galway Motor Club a safe and successful rally," he added.

"Thanks in advance for your understanding."

The rally was won by Alistair Fisher with Sam Moffett in second and Donegal's Donagh Kelly in third.

Since Jennings announced his decision, there has been a flood of messages in support of him.