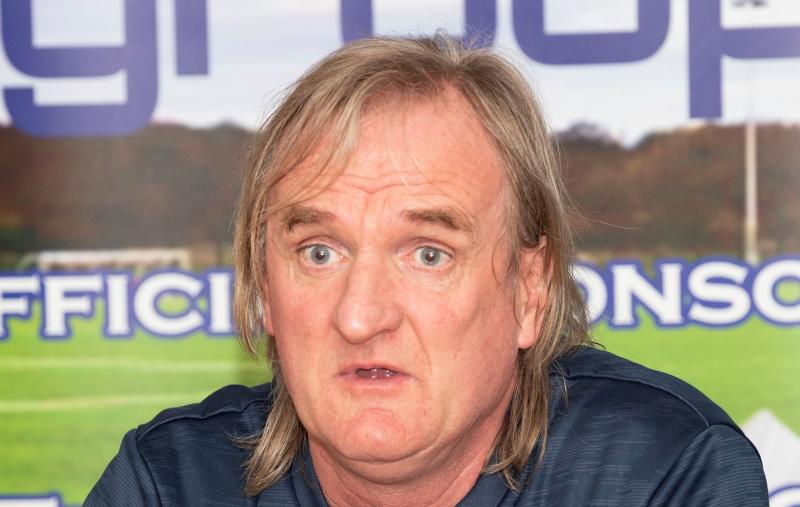 Champions Dundalk have rattled in 34 goals and conceded just one in their last 11 meetings against Finn Harps.

So, as Finn Harps boss Ollie Horgan suggests, tonight's eagerly awaited clash at Finn Park against the dominant force in League of Ireland soccer - Dundalk have won the Premier Division title five times in the last six years - will be a good early season indicator of just where Harps stand.

“There is no tougher ask than Dundalk, and regardless of how strong they are, it will show where we are,” he said.

Harps have made a decent start to the season, having beaten Sligo Rovers at home, drawn away to Derry City (where they conceded a 95th minute equaliser) and lost 1-0 to Cork in a match that saw them have a goal disallowed.

While he feels the side has to improve, the important thing is that they have got early points on the board.

Dundalk lost 3-2 last weekend in a top of the table thriller against Shamrock Rovers, in a televised game that was possibly the best advertisement for Airtricity League soccer ever.

Dundalk’s second goal, a wonder strike by Jordan Flores, had more than three million views on the RTE Soccer Twitter account alone within 24 hours, and went global with media outlets including Sky Sports, the BBC, ESPN broadcasting it - as well as the Late, Late Show.

Asked if he felt that Dundalk are even better this season, he responded: “They have added serious quality to their team.”

He pointed out that Will Patching, a highly promising 21-year-old signed from Manchester City can’t get into the team while striker Cammy Smith has joined from Dundee on loan and boosts an already potent strikeforce led by Patrick Hoban with Donegal’s Georgie Kelly frequently on the bench. The departure of Robbie Benson has been their only really big loss.

Last season, Harps managed to take a point off the Lilywhites in Ballybofey at the start of the season in a 1-1 draw.

Horgan says he would grab such an outcome with “open arms”.

With Vinny Perth and John Gill still bedding in as the new management team, not to mention a heavy pitch, Dundalk were still finding their feet to some extent.

When the sides last met, in August, Dundalk won 5-0 at Oriel Park, and in the other two meetings the Louth team won 3-0 on both occasions.

Defensively, Harps have arguably a more solid look about them this season, but this will be the biggest test yet for the towering presence of Shane McEleney, Kosovar Sadiki and Sam Todd.

Horgan, having added more than a dozen new faces this season, admits that he does not know what his best eleven is yet.

“I’m still unsure what level some of the new guys can get to,” he noted.

Given the glut of games in April - when they have eight matches - that’s where we are more likely to see some squad rotation. For the Dundalk match, there are unlikely to be many alterations from the side that faced Cork.

Harps will be hoping for a big attendance, and with the visitors expected to bring a fair number of fans, there should be a cracking atmosphere.

But having been wounded by their first defeat of the campaign against Rovers, it is hard to see anything but a Dundalk victory. There remains a considerable gulf in class between Dundalk and Harps. A draw for Harps would be an outstanding return, and a real early season bonus point.