FEATURE: High and dry for now - Swilly Seals in lockdown 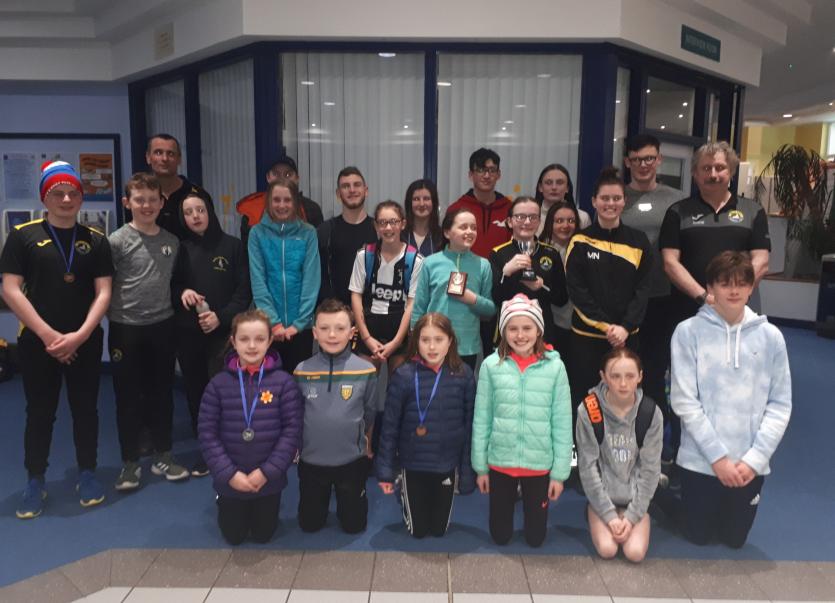 The Swilly Seals Swimming Club in Letterkenny were left high and dry following the lockdown in mid March. Their season usually runs from September to May. But with the closure of all pools and the cancellation of all swimming competitions on the Swim Ireland calendar the club were forced to end the season as were all clubs nationwide.
The recent popular saying “We’re all in the same boat” doesn't really apply as other sports can still practice their chosen sport at home.
With no access to water the swimmers cannot swim, but in saying that, many are still continuing dry land training specially geared towards swimming.
The club first formed in 1985 in the Letterkenny Leisure Centre on the High Road before moving to the new Aura facility in Sallaghagraine in 2007. Over the years the club has coached thousands of swimmers many of whom now have children of their own in the club.
The club currently has over 150 swimmers from around Letterkenny and as far away as Gaoth Dobhair and Portnoo.
The swimmers are coached by 13 coaches: A Squad, Marian Cullinane and Paddy Bond; B Squad Anthony Sheridan, Josie Keys and Thomas Coyle; A/B transition squad Killian Nulty; C Squad Sharon Maloney, Lee Ponsonby, Martin Temple and Patrick Patten; Pups (Development squad) Conor Mc Guigan, Carmel Mc Nulty and Peadar Mc Guire.
Some of these coaches would usually coach up to seven hours per week giving up their time for the love of the sport. 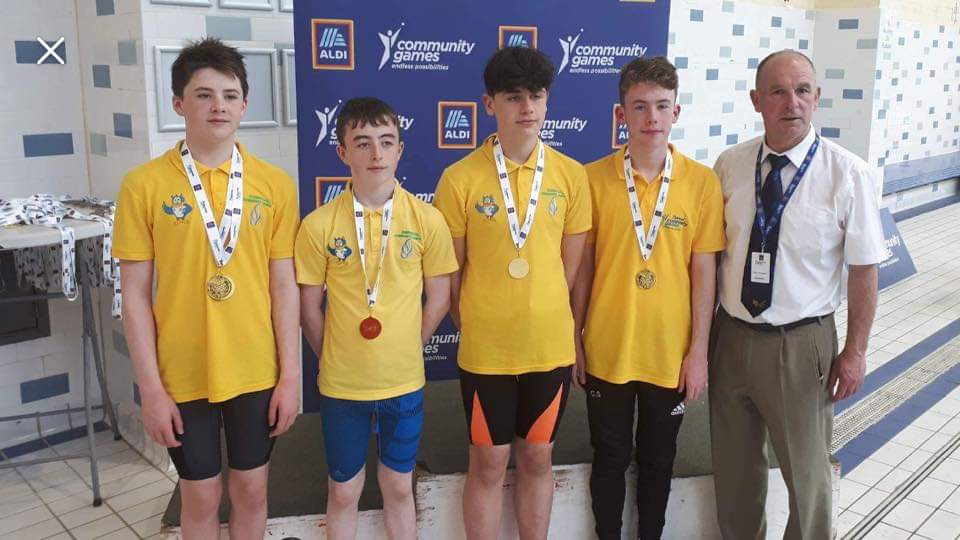 Cody Dunnion, Peter Coyle, Oisin Sheridan and Conor Shields who took part in the national finals of the Community Games. They are pictured with Gerry Davenport after winning gold in the 4 x 50m medley relay

The swimmers train around 7 hours per week notching up to 5,000 metres per session (200 lengths) of varying intensity.
Sadly past club coach Chris Hudy passed away recently following an illness. Chris travelled five mornings a week from Kilcar with his daughter and swimmer Joyce, leaving Kilcar at 4.30am and returning in time for school back in Kilcar. Chris is sadly missed by the club.
Behind the scenes there is a hard working committee of eight people Chairperson Josephine Kernan, Vice chair Trisha Nulty, Treasurer Pat Mc Dermott, Vice treasurer Carmel Griffin, Secretary Donal Cassidy, Vice Secretary Loretto Dunnion, Club registration and competition secretary Armando Camacho and Martin Egan, child protection officer. The committee keep things running smoothly. It's like a second job with many putting in lots of hours to keep the club on an even keel.
Swilly Seals compete at numerous competitions nationwide including Community Games, Club Galas, Development Meets, Qualifying Meets, Ulster and Irish Schools, Summer Nationals and the Provincial Towns League.
The club has achieved massive success across all levels of competition. Last season the club won Division two in the Provincial Towns League and gained promotion to Division One. 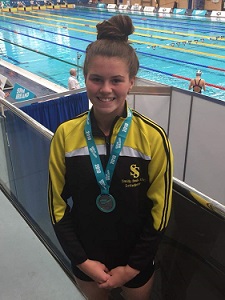 Molly Nulty at the summer nationals which were held in Dublin

This season they managed to win two from four in Division One securing Division One status and finishing third in the table.
The PTL League has four divisions and is a brilliant competition as the club competes as a team as opposed to individually.
In the 2018/19 season Cody Dunnion, Molly Nulty and Joyce Hudy represented the club at the summer nationals in Dublin. Cody was the first Swilly Seals medallist ever in this elite competition and he then went on to win five in total.
Molly also secured a medal in the competition making her the first female medallist from the club.
This season Ethan McGuigan secured a Bronze medal in the Irish Minor Schools and Niamh Cassidy went on to win two gold medals, helping Woodlands National School achieve joint top school in Ireland.
The Community Games has seen top performances from our swimmers also with many medals brought home from the national finals especially in the relay events.
This season was hotting up to be very fruitful also with some high profile competitions on the calendar.

Cody Dunnion at the summer nationals in Dublin

The Swim Ulster Easter qualifying meet was due to take place in March but was pulled just days before due to the pandemic. This competition required qualifying times to enter and the following group of swimmers had achieved that and were training extra hard towards it. The group consisted of Niamh Cassidy, Grace Coyle, Isabel du Plessis, Cody Dunnion, Cian Mulligan, Oran Mulligan, Cillian Murphy, Aoibheann Sheridan and Riann Sheridan.
All swimmers are missing the water at this stage and are keen to get back.
Hopefully the 2020/21 season will get up and running come September.
The committee and coaches would suggest all club swimmers remain active in the meantime and stay safe.

Research has shown that exercise needs to be encouraged in pregnancy 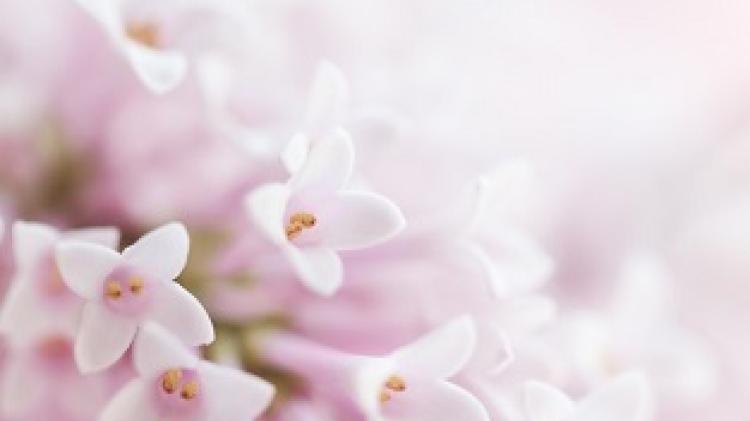