Donal Breslin - a man of firsts with Donegal in the 1960s

Tom Comack talks to former Donegal player Donal Breslin - the firstDonegal man to score in an Ulster final . . . among other firsts 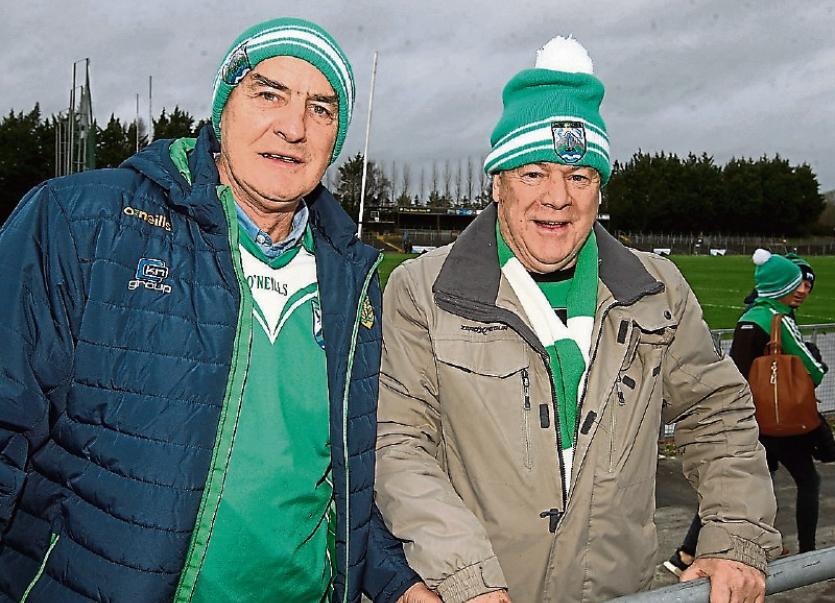 Trying to compare the present era with Donegal appearing in nine of the last 10 Ulster finals with that of 57 years ago when Donegal played in their first Ulster final is just worlds apart.

Even taking into account the past year which has been a strange and challenging affair with Covid-19, there is a huge difference. The only sliver of similarity might be in the backroom of the county teams. Back in the 1960s there could be up to 13 selectors picking the team and that made it difficult to get a starting jersey; nowadays the backroom teams are even bigger but made up of physios, doctors, dieticians, stats teams, etc.

One man who made history back in 1963 and Donegal’s first Ulster final appearance was a young Donal Breslin of Gaoth Dobhair and he has been looking back on the past year and also reminiscing about when he was able to find a spot on the Donegal team of 1963.

Because of Covid-19, this year’s All-Ireland football and hurling championships were run off on straight knockout basis. There was no back door or side door. Win and you advance and lose and you are out.

The games were played behind closed doors and under the strictest of safety guidelines.

This was one of the most difficult pills for supporters up and down the country to swallow. And here in Donegal supporters were no different and especially because of the expectation levels in the county.

After all Donegal began the delayed campaign tipped as the team with the most potential to topple the five in-a-row Dubs.

An impressive first round win over Tyrone in Ballybofey, followed by putting Armagh to the sword in Kingspan Breffni Park, Cavan only served to drive those expectations to a higher level.

That was before Cavan burst that bubble in the Ulster final in the Athletic Grounds, Armagh. Followers are still baffled over that result.

“It's been a tough, hard year and I suppose the hardest part of it was not being able to go to games,” said Donal Breslin.

Donal, who turns 79 next birthday, was one of the county’s leading forwards in the early 1960s. He rarely misses a Donegal game and never a championship game.”

“That was the hard part, not being able to go to games. The fact they were on television was compensation but it was not the same. And I’m sure the players missed the crowds too.

“It must have been unreal for them too.

“Donegal were going so well too which made it much harder to understand the Cavan result. They had good wins over Tyrone and Armagh. I don’t know what happened against Cavan.

“They never seemed to get going in that game. I don’t know what was wrong or was it because they were thinking too much about Dublin and got caught.

“The one thing that worried me before that game was the Athletic Grounds, the venue for the game. I felt it was a tight pitch and would suit the underdog. I would have been happier if it had been played in Clones. St Tiernach’s Park would have suited Donegal a lot better.

“It was a bit like us in the 1963 Ulster final. We had played Cavan and beat them well in the Ulster semi-final. But the final against Down was played in Breffni Park.”

Donal Breslin was right-half-forward on that team and his brother Cormac was inside him in the right-fullforward line.

“Cormac had also played with Louth and won a Leinster Senior Championship with them in 1957.

“He lived in a place called Morningtown and played with the local club. He is well thought of in Morningtown. I remember I was in the area years later and the locals remembered him and thought highly of him.”

The 1963 final was the first Ulster Senior Championship final for Donegal. And the team of ‘63 was made up of a number of household names in Ulster at the time.

Players like Seamus Hoare in goals, Bernard Brady, Brendan McFeely, Paul Kelly, Sean O’Donnell, John Hannigan in defence, Frankie McFeely and PJ Flood, in the middle of the field and Sean Ferriter, Mickey Griffin and Des Houlihan, in the forwards, were all recognised as top players of their era.

“With the exception of John Hannigan, they all played for Ulster. But Down were too good for us. They were a very experienced team and most of them were All-Ireland medal winners.

“A fellow by the name of Johnstone was marking me. I cannot remember his first name. He spent more time up in the half-forward line than he did in the half backline. He scored 1-2.

“I remember looking up the field on one occasions and seeing him way up in the forwards and I thought to myself I should be up there marking him.

“Down had come in 1960 and won two All-Irelands in-a-row and had totally revolutionised the game and brought tactics to a new level.

“We were still playing the catch and kick game and every man sticking to his position. We weren’t organised at all. We had 12 selectors who picked the team.

“I remember Jimi Mhici Gallagher from Gaoth Dobhair here who was a selector at the time telling me years later he saw 13 men sit down one night to pick the team.

“It was really a battle to get your own men on the team he said. This meant it wasn’t always the best team that took the field.”

Donal holds the record of the first Donegal man to score in an Ulster senior final.

“Yeah I scored two points, the first one was the first point in the game. John Hannigan scored the goal and Frankie McFeely and Sean Ferriter scored the other two points.”

A few months before the Ulster final the young Gaoth Dobhair man, who was only 20 at the time, scored a first ever point against Kerry in Croke Park.

“I don’t know how it came about because I can't imagine there were ever too many challenge games played on the hallowed sod. It was played on the Monday after the Railway Cup final meeting of Ulster and Leinster. St Patrick’s Day was on Sunday and the following day Monday was a Bank holiday.

“We went up on Sunday morning and went to the Railway Cup final. Ulster beat Leinster and PJ Flood, Sean Ferriter and Frankie McFeely were on the Ulster team.

“We all stayed in Barry’s Hotel, and the three boys PJ, Sean and Frankie played with us the next day.

“I remember Jackie Coyle turned up on the day with a pair of boots and even though he wasn’t in the panel he played.

“We drew what was a high scoring game. I think it ended something like 0-20 each. I scored a couple of points and really enjoyed the game.

“It was a huge thing for us to get to play in Croke Park. I played well and I had a couple of different markers. The great Jackie Tiger Lyne and Pat Murphy were the two markers.

“I really enjoyed the game and I remember talking to the great Mick O’Dwyer afterwards. It was a big thing for us to get to play in Croke Park. It wasn’t an everyday occurrence for us at the time.

On checking the records, the game finished Donegal 2-9, Kerry 3-6

Donal’s range of firsts did not end there. He was a member of the Donegal U-21 team to win the first Ulster Championship and the Dr McKenna Cup. Both were also in 1963.

He played on with the county for a number of years after ‘63, but the ’63 final was his last appearance in the championship.

As he says himself: “I never got enough votes.”